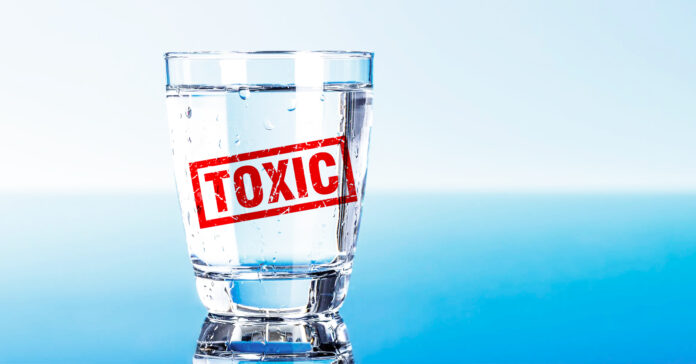 Dallas QAnon cult members couldn’t seem to occupy their whole time waiting for JFK Jr, so instead they have migrated towards drinking chemical compounds to somehow… cure themselves ?

They first came to Dallas over a month ago, assuming John F. Kennedy Jr., who passed away in 1999, would resurrect in downtown Dallas and then set in motion the execution of QAnon’s supposed underground network of liberal, satan-worshipping child sex-traffickers and reinstate Donald Trump as president.

After Kennedy no-showed at two predicted appearances in November it is unclear what QAnon followers’ next move will be. For the time being they have focused their energy on mixing a chlorine dioxide based cocktail.

Chloride dioxide is a chemical similar to bleach. You know bleach right? One of the most toxic cleaning chemicals there are… Well QAnon cult members are chugging it down, feeding into the lie that the COVID-19 vaccine is part of a malicious government conspiracy.

In April 2020, the Food and Drug Administration issued a press release warning people against using chlorine dioxide-based products to fight COVID-19. However, there are still people posing as medical professionals who sell it and QAnon followers have become the perfect clients for this chemical potion.

“A group of people in a cult drinking a communal substance is definitely not something to mess around with and is extremely concerning,” said Mike Rothschild to The Dallas Observer. Rothschild’s book The Storm is Upon Us documents the rise of the QAnon movement.

More than 900 people, many of them children, died in a mass murder suicide at the Jonestown commune in Guyana in 1978 and 39 followers of the Heaven’ Gate cult died in a mass suicide outside San Diego in 1997.