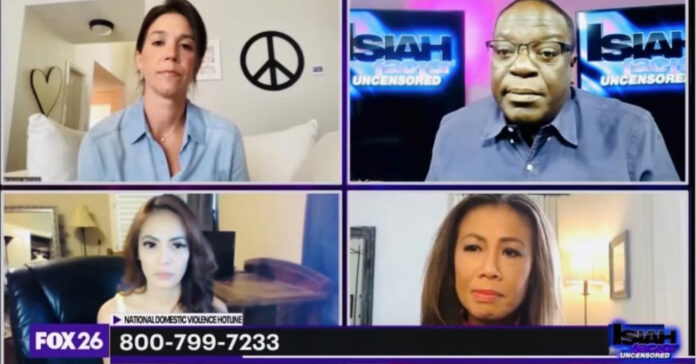 In my work as a women’s advocate and trauma therapist, I have heard countless stories of domestic violence and abuse. All are uniquely heartbreaking, yet similar: He was charming at first. I thought it was just a fight. I kept thinking things were going to get better. I was too ashamed to tell anyone.

The survivors I have met and counseled lived to tell their harrowing accounts. Sadly, many others do not.

It’s Domestic Violence Awareness Month, and In a just released report by the Texas Council of Family Violence (TCFV), 204 Texans were killed by an intimate partner in 2021.  More disturbing, three times as many victims were killed with a firearm than all other means combined, including stabbing, beating and strangulation. This marks the highest number of domestic violence deaths by firearm ever recorded in a single year at 154 victims.

Texas law bans firearm possession for a person convicted of domestic violence for five years following release from confinement or community supervision. You also cannot possess a firearm if you are subject to a domestic violence-related protective order, or for an emergency protection if you have been arrested for domestic violence, sexual assault, or stalking.

Still, such laws are only as effective so long as they are upheld. When it comes to guns and abusers, few, if any, programs, or protocols are in place to ensure the removal or transfer of firearms. TCFV reports fewer than ten of the state’s 254 counties have a gun surrender and storage program or protocol. A large part of the problem? Courts and law enforcement agencies are already strapped by funding to create such programs.

“The Honoring Texas Victims Report clearly shows firearm-related fatalities in domestic violence situations are on the rise, and many have been committed by prohibited possessors under existing Texas laws. We cannot afford to not address the issue directly anymore,” said Mikisha Hooper, TCFV Coordinated Community Response Manager and chief architect of the report.

It’s time state lawmakers show leadership in this upcoming legislative session. At a minimum, bolster domestic violence gun laws. Gun surrender and storage should not be programs or protocols. And given lives are at stake, they must not be political. They must be supported with effective policies and resources to ensure abusers are not only forced to give up their guns, but also, that there is a plan, place, and funding, to do so.

As for the 204 Texans killed, the TCFV report also found that nearly half of the victims had sought help, taken steps to end, or had ended the relationship, consistent with the claim that leaving is the most dangerous time for survivors.  Additionally, a woman is five times more likely to be murdered when the abuser has access to a gun.

Recently, one survivor recently shared with me her terrifying brush with death when her abuser aimed a gun, fired at her face, but the bullet missed her by an inch.

“I thought I was going to die, right then and there. God had another plan for me, I suppose,” she said.

It is time to get guns out of known abusers’ hands. Because it’s a matter of life or death.