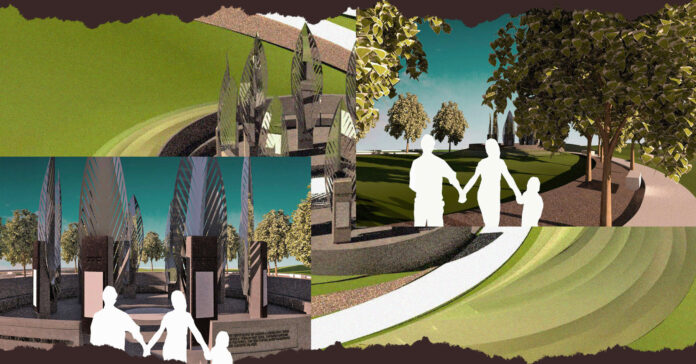 As Texans brace for the next unthinkable shooting tragedy, the Sante Fe ISD school board of trustees suddenly decided to change its plans to memorialize the victims of the 2018 massacre.

After four years of planning the memorial in conjunction with a nonprofit foundation, the district’s board of trustees sucker-punched those hopes to build the memorial the group designed in remembrance of the victims.

The board is moving on, even in the face of nine speakers at the hearing including the mother of one of the victims. They still voted unanimously to pursue a different type and location for the memorial.

Eight children and two teachers were killed, and numerous others were wounded.

Members of the Santa Fe Ten Memorial Foundation expressed outrage, disappointment, and a sense of injustice after the decision was reached.

The group raised $105,000 for the memorial, which would have featured a circular pathway surrounding a meditative grove containing ten monuments including personal details about each victim. The design also planned for inspiring quotes to be engraved on the grounds.

“It’s an absolute slap in the face,” said Shannan Claussen, whose son Christian Riley Garcia was killed in the shooting, told the Houston Chronicle. “In four years, this was never mentioned — they have lied to us parents repeatedly all these years.”

The foundation had worked for years to fund and design the memorial and met with a school board subcommittee and other district leaders for years of the process, Claussen also said.

Before the board’s announcement, made in front of still-grieving mothers, the original proposal was effectively canceled in favor of a toned-down effort in another yet-to-be-named location.

It came as a shock to the group that the district had asked the school attorney, Ellen Spalding, to look at all legal and “creative” optional locations without ever consulting the foundation.

“We had no idea the SFISD Board of Trustees was discussing the alternative location,” Megan Grove, the chair of the Santa Fe Ten Memorial Foundation, told ABC 13.

To add insult to injury, just hours after the board’s vote, a sign that had been erected by the district four years ago to promote the future location of the memorial was removed.

Reagan Gaona, a survivor of the tragedy whose boyfriend was killed that day said she was shocked, saddened, and angered by the decision. She said in an email that the memorial should mark the spot where the victims lost their lives. “That is sacred ground,” she said in an email. “You wouldn’t build the 9/11 Memorial in Brooklyn.”

“Our 10 angels deserve recognition on the property where they took their last breath,” Pamela Stanich, the mother of one victim said in a public comment earlier this year. “They all died heroes, looking death in the face, many sacrificing their own lives for classmates and teachers.”

“All they are giving us are excuses at this point,” Rosie Yamas-Stone, fundraising officer for the foundation and mother of Chris Stone said, who died at age 17 during the shooting at the high school. He would have celebrated his 22nd birthday this month.

Speculation about the change of venue for the memorial has prompted more questions than answers for Stone. “The board is making a profit off of our kids by selling their land to make the city responsible for the memorial,” she told the Galveston Daily News.

Some of the board’s members are on the ballot in the upcoming November election in Galveston County, including Norman. However, the link on the district’s web page entitled “Meet the Candidates” does not appear to be currently published.

School district board member races have become a target of conservative PACs, and they financially back candidates who echo their stances on race, gender, library books, and parental choice.

According to AP News, they are spending millions to influence those elections. At least 10 conservative PACs are praising their efforts regarding “taking back” school boards in Texas.

Meanwhile, alarm bells over the grisly prospect of the next mass shooting ring loudly in the highly charged air surrounding the Texas gubernatorial race this November.

Abbott, who refuses to accept any responsibility for further promoting a gun-toting culture in the state, has done nothing in the wake of such tragedies to address the issue.

It has become a central issue of Beto O’Rourke’s campaign against him. He said that mass casualty school shooting events were a “totally predictable” result of lax gun laws, and cites Abbott’s legislative efforts as a contributing factor.

Abbott signed a bill allowing open carry in public, even if the weapon is unlicensed, and has refused to consider supporting efforts to raise the minimum age limit requirements to purchase firearms.

In the wake of the Sante Fe tragedy, GOP state lawmakers put forth a plethora of school safety bills, spearheaded by Lt. Gov. Dan Patrick and Gov. Greg Abbott.

Common sense gun control reforms were not even considered.

Instead, Republican lawmakers spent the bulk of their energy talking about what could be done to prevent and manage the aftermath of the next mass tragedy.

Proposals included altering an existing state-sanctioned program to arm teachers, and other measures that would expand emergency training and threat assessment in Texas schools.

The only proposals that had support across the political aisle were proposals to strengthen security and mental health initiatives in schools.

Dimitrios Pagourtzis, the shooter that came to the Sante Fe High School campus armed with a Remington 870 shotgun, a .38-caliber pistol, and homemade bombs, has been committed to a mental institution in north Texas since 2019. Medical experts say that he is not competent to stand trial.