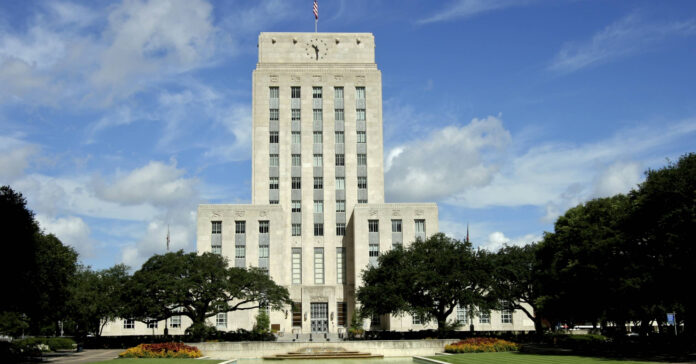 According to the state General Land Office: Yes.

The latest update in the years-long fight over the Harvey recovery money is simple enough; the state land office is calling out the city officials for failing to account for progress on a slew of the housing relief initiatives.

According to The Houston Chronicle, in a July 1 letter to the land office said it has “little confidence” Houston will be able to rectify its issues and complete the programs. The state agency said it will consider adjustments necessary to get those programs across the finish line, which could include removing funds from the city’s portfolio – any money taken would still go to victims in Houston.

This is not the first time the city got a wake-up call, in late 2020 the GLO notified them it planned to take over its entire program due to lack of progress. In early 2021, both sides reached a deal and the city gave up $440 million of their $1.3 billion funds, and a third of its portfolio to the GLO.

This left the city with $835 million to continue its other programs. To demonstrate they could meet their obligations the city created benchmarks, but that wasn’t enough. By the end of June they should have spent $363.7 million and only spent about $271 million, as reported by The Houston Chronicle.

“After missing the contractual benchmarks for a third time, it is clear the City of Houston lacks the capacity and ability to complete these recovery programs for Houston residents and the GLO must take action,” wrote Mark Havens, deputy land commissioner.

City officials however are not in agreement with the GLO, saying they are painting a one-sided picture of their progress.

First of all, the GLO is failing to account for economic hardships like supply chain issues and interest rate changes due to the pandemic. Second and most importantly, the GLO failed to mention the nine-month stoppage in the city’s largest program.

In September, former Housing Director Tom McCasland accused Mayor Sylvester Turner of trying to steer the last of the city’s multifamily money. The mayor denied wrongdoing and dropped the program, but the GLO ordered a review and froze the program until it was clear to resume in part last month.

“If you put everything on hold, it makes it very difficult for us to hit any of the benchmarks,” said Keith Bynam, the city’s housing director, in response to the letter.

“The benchmarks that were not met, we’re demonstrating that we’re making some headway because they did not want to factor in COVID supply chain issues, labor shortages, all of those things that are impacting everybody else. They are refusing to allow that to impact us.”

The notification comes as the city sought a one-year extension to its August 2025 deadline to spend the relief money – the GLO’s letter shut the request down and will instead begin to look for a way to speed up the process.