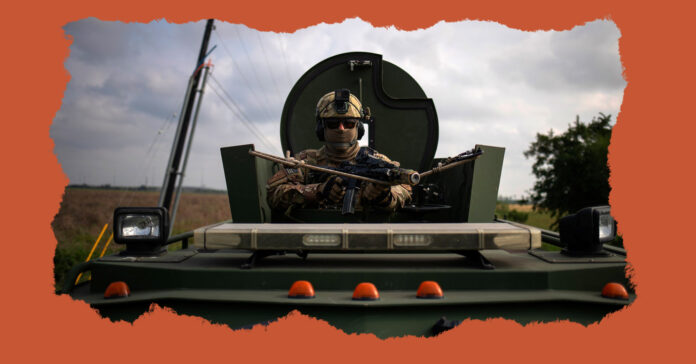 An analysis by The New York Times of video evidence from the Uvalde school massacre has undermined the narrative communicated by the Texas Department of Protective Services. The footage “indicates the problem was not simply one incompetent school police chief,” the Times said.

In fact, several officers – including state and federal agents – arrived around the same time as the school police chief and also heard gunfire, but did not confront the gunman.

The videos show “high-ranking officers, experienced state troopers, police academy instructors — even federal SWAT specialists — came to the same conclusions and were detoured by the same delays the school police chief has been condemned for causing.”

This calls into question the official claim from DPS Director Steve McCraw that the former school police chief, Pete Arredondo, misread the threat from the gunman and dozens of federal state and local police stood by waiting for equipment and SWAT teams to arrive based on Chief Arredondo’s faulty analysis of the situation.

DPS continues to parrot this narrative despite questions raised by journalists and other governmental reviews. Mr. McCraw has repeatedly claimed that his officers were trained to neutralize an active shooter, but were sidelined by incorrect assessment of the situation. They have argued that the scene involved a “barricaded subject,” which requires a more deliberate response.

During a June State Senate hearing, Mr. McCraw testified that, “the only thing stopping the hallway of dedicated officers from entering Room 111 and 112 was the on-scene commander who decided to place the lives of officers before the lives of children.”

But the oft-repeated narrative that 360 officers were foiled by one lowly school police chief is undermined by the available video footage, “which shows little evidence that commands were issued by the school chief, let alone widely communicated,” according to the Times’ report.

The Times’ analysis shows that the official DPS timeline, which Mr. McCraw testified was confirmed by “frame-by-frame” video analysis, “miscast Mr. Arredondo’s role and omitted actions, and inaction, by other officers, especially D.P.S. troopers and federal agents, who were involved earlier or more centrally than it notes.”

The Times analysis involved body camera footage from seven Uvalde Police Department officers and a compilation of security-camera feeds published by The Austin American-Statesman. DPS refused to release evidence from its own investigation.

A July Texas House investigative committee argued that Mr. Arredondo was not the only party to blame. Mr. McCraw told the Times last week that it was a “multi-agency failure” and that “everybody’s actions — at all rank, at all agencies — are going to be evaluated for the criminal culpability.”

But McCraw was still reserving most of the blame for Arredondo. “He’s the guy in charge. There’s no question about it. He’s issuing commands and all his commands are designed or intended or — around a barricaded subject scenario when it was anything but,” he said.

Mr. Arredondo declined to comment for the story, but before he was fired in August he admitted that he had incorrectly summed up the situation, but said that because the shooting started outside the school district’s jurisdiction, he concluded that he was only a front-line responder, not incident commander.

The video evidence shows some officers referred to him as “in charge,” but there’s little evidence he asserted any clear command of the scene or that he directed the response. Given the obvious and glaring leadership void during the state’s deadliest school mass shooting, it is still an open question why it took 77 minutes for anyone to seize control of the situation and neutralize an active shooter, as they were trained to do.