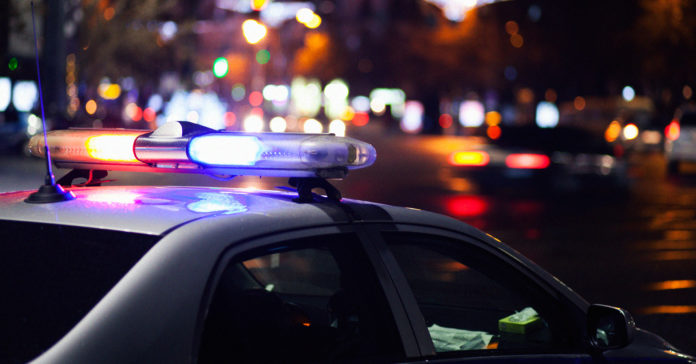 The embers of outrage at police killings and use of force are still glowing strong across the nation as an election like no other begins its final chapter.

And arguments about the prevalence of racial profiling and the data that supports it also continue along with the calls for defunding and dismantling police departments.

This past summer, the Texas Commission on Law Enforcement released 2019 racial profiling numbers reported by agencies throughout the state.

TCOLE said in an email sent to Reform Austin that it “released an updated template for racial profiling data in August and requested that agencies, as able, resubmit their 2019 data. TCOLE is in the process of assessing the updated information received.”

The data is incomplete, according to Alex del Carmen, a professor in the criminology, criminal justice and strategic studies department at Tarleton State University.

“The data is not inclusive of all law enforcement agencies in Texas as they were given an option to revise the 2019 data already submitted by March 1, 2020,” del Carmen wrote in an email to Reform Austin.

“Therefore, it is very difficult to make macro-level comparisons across jurisdictions without the benefit of the complete data set for each agency in the state,” he said.

TCOLE admits the data alone does not provide a comprehensive representation of racial profiling. “It needs analysis and context, whether that is done at the local level, by academic experts, or otherwise,” the email said. “TCOLE will continue to work with law enforcement agencies and the Legislature to ensure that Texans are served by highly trained and ethical law enforcement personnel.”

A Bureau of Justice Statistics summary published in October of 2018 found that 8.6% of the 223 million drivers in the United States in 2015 experienced a traffic stop while operating a vehicle. Nearly 10% of those stopped were Black. White and Latino drivers stopped were recorded at 8.6% and 7.6%, respectively.

A broad analysis of racial disparities in police stops in the United States, published in the July issue of Nature Human Behavior, concluded that “police stops and search decisions suffer from persistent racial bias and point to the value of policy interventions to mitigate these disparities.”

The study compiled and analyzed a detailed dataset comprising almost 100 million traffic stops in the U.S. The results also revealed that “the bar for searching Black and Hispanic drivers was lower than that for searching white drivers.”

KTRK-Houston, along with 13 other ABC-owned television stations, conducted an analysis of 12 large cities throughout the country over several years and concluded the probability of Black drivers being stopped is greater than it is for white drivers.

State Rep. Garnet Coleman (D-Houston), a member of the state legislative Black caucus, is undoubtedly certain that police racial profiling exists, and says that identifying it through a specific codified statute needs to be done.

He said the definition was changed in the Sandra Bland Act, expanding on the original language in State Sen. Royce West’s 2001 legislation, S.B. 1074.

The evolution of the Sandra Bland Act’s racial profiling segment is an ongoing process subject to incremental policymaking, Coleman said.

“There are agencies or departments that want to find a way around it, so we always … have to continue strengthening it,” he said. “In this next (legislative) session, that’s one of the objectives. And I think we can do it; strengthen the law to a point where there’s no doubt that an action taken by a peace officer is racial profiling.”

There is a need to ensure law enforcement agencies are analyzing data, effecting audits under the law, as well as notifying the public on how to file a complaint or compliment pertaining to racial profiling, del Carmen said.

“Given the current national discussions on the important issue of race, there is no question that law enforcement agencies throughout the country and in Texas, specifically, should continue to focus on the improvement of data quality and enhancing its capabilities to analyze information in real time,” he said.

Some departments may be submitting abbreviated racial profiling reports, as opposed to full ones, or agencies might be claiming they’re exempt when they’re supposed to at least submit an abbreviated version, said Chris Harris, director of the criminal justice project at Texas Appleseed, a nonprofit organization advocating for social and economic justice.

It has been a 20-year saga trying to define racial profiling and fine-tune reporting accuracy, said Scott Henson, policy director at Just Liberty, a Texas criminal justice reform organization, in an interview with Reform Austin.

Henson’s sense is the data that has been available is acceptable from a year-over-year perspective, but, with the original data prior to the Sandra Bland Act, there were some issues such as comparing the number of stops for a specific racial group in a city and then comparing it to the city’s population was not an appropriate baseline. He cited Austin as an example where a certain number of traffic stops involve people traveling on I-35 who don’t live in Austin or people attending the University of Texas football games and other events, who also don’t reside in the city.

Experts indicate search data is more probative in identifying discrimination because it has a known denominator, which is the number of people stopped, he said. That is what the Sandra Bland Act seeks to accomplish. “You have a more coherent analysis if you’re trying to identify discrimination via searches than you do just looking at stops.”

Data for the use of force and arrests at traffic stops have been generated too as part of the Sandra Bland Act, Henson said.

The law requires Texas police agencies to file racial profiling data. So why is the data incomplete? Is it due to noncompliance or the data itself? According to Henson, it was a mistake made by TCOLE.

“What got screwed up is when the Texas Commission on Law Enforcement …went to implement it, and passed rules to implement it, they basically didn’t require the racial breakdowns for all the new data categories,” he said. “And whereas, in theory, you should be able to demonstrate discrimination once you have the search data, they didn’t gather the racial component of the search information.”

The law instructed the agency to compile that component of data, but TCOLE failed to do so, Henson said. He doesn’t believe it was intentional but most likely a case of the agency not having a proper data staff.

Henson feels that sound, error-free data delineating racial profiling in traffic stops could be available in 2021.

“The data that is reported next spring should have all of the categories,” he said. “And for the first time, literally 20 years after the law first passed, it’s possible that we’ll have racial profiling data that can actually tell us whether and when discrimination is occurring.”