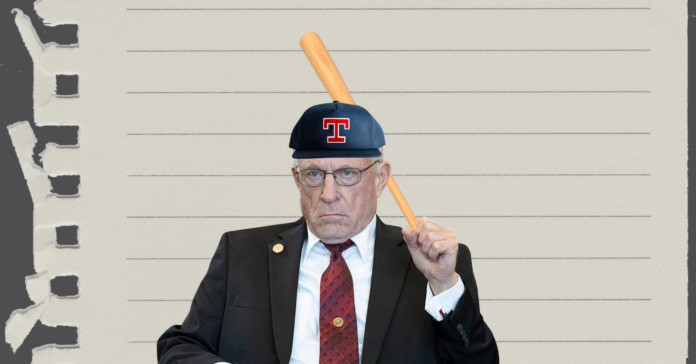 Many Republicans have been against blaming guns for the Uvalde Texas massacre. However, Sen. Bob Hall has taken it one step further, claiming the outcome of the shooting could have been the same if the shooter had used a baseball bat rather than a gun as his weapon.

The gunman’s rampage at Robb Elementary school took the lives of 19 children and 2 teachers in the span of over 1 hour – Sen. Hall thinks the outcome was not a matter of which weapon was chosen but rather of the time the culprit was barricaded inside the classroom.

“It’s not about the gun. This man had enough time to do what he did with a baseball bat,” Hall said to the Senate Committee at a meeting on Tuesday.

A prevailing sentiment amongst Texas Republican Senators is that a good guy with a gun will always beat a bad guy with a gun. According to them, the issue is not to regulate the military-style rifle the shooter was using, but rather to blame his ill intent.

The GOP party has focused on funding Mental Health and improving security at schools, while continuously ignoring the red flags in Texas’ gun laws – which became even more accessible after Gov. Greg Abbott passed a law in 2021, which allows anyone who can legally own a firearm to carry it in public without a permit.

Tuesday’s meeting of House and Senate committees investigating the shooting offers
lawmakers the opportunity to glean facts that can help guide proposals in the coming
legislative session to improve school safety and prevent future massacres.

So far, the Governor has done nothing to suggest he is inclined to do anything meaningful to avoid further tragedies and has even said the Uvalde tragedy “could have been worse.”