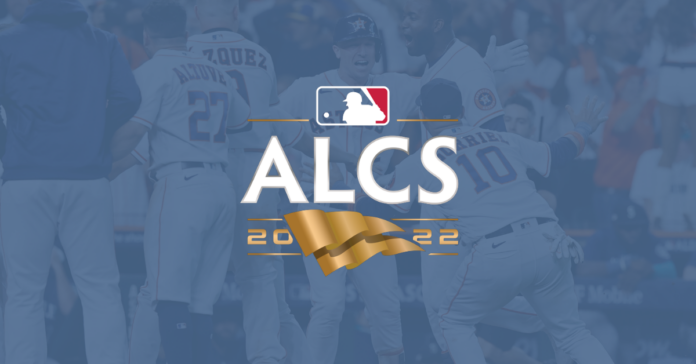 October has a way of turning dominant regular season division winners into pumpkins, and wild card teams into Cinderella. The Astros are the only remaining 100-win team of the four. The other three teams, the Atlanta Braves, Los Angeles Dodgers, and New York Mets have all been eliminated.

The New York Yankees, who won 99 regular season games and defeated the Cleveland Guardians in Game 5 yesterday in the Bronx, will play their familiar rival — the Astros — in Houston tonight in Game 1 of the American League Championship Series.

The Astros, powered by the bat of Yordan Alvarez and the deepest pitching staff in the majors, swept the would-be Cinderella Seattle Mariners, winning an all-time epic postseason 18-inning Game 3 Saturday. With clutch hitting by rookie Jeremy Pena, who homered to end the saga, and a pitching effort featuring regular season starter Luis Garcia, the Astros struck out 42 batters combined.

Garcia, known for his dancing wind-up, pitched five incredible innings of two-hit, six-strikeout baseball against the Mariners. He came into the game not knowing when he would be called on to take the mound again, as he was the fifth or sixth starter going into the postseason, which usually features shorter rotations of aces and other top-four starters.

With four days’ rest since the champagne-drenched clubhouse celebration, the mix of future hall-of-fame veterans, and first-time playoff appearances, the team has a culture that values everyone’s contributions. And they are managed by 73-year-old manager Dusty Baker, whose pitching changes in Game 3 showed he is pulling out all the stops to win it all this season.

A World Series ring is the one thing missing from Baker’s trophy case, featuring a lifetime spent in baseball. A long-time MLB manager, he is also a former outfielder who previously played 19 seasons, most notably with the Los Angeles Dodgers in 1968.

With the division series behind them, the Astros are back in a very familiar spot, the ALCS, where they have been a perennial participant for the last six seasons. No other team since the inception of the series in 1969 has been to it more consecutively.

And tonight, Justin Verlander, whose childhood idol was former Astro Nolan Ryan will get the start for the Astros. Verlander has pitched in more postseason games than anyone in MLB in this century going back to 2000.

The Yankees will throw Jameson Taillon, in his first career playoff start. The 30-year-old right-hander Tailon grew up a die-hard Astros fan in The Woodlands. He threw 18 pitches in relief in Game 2 of the Yankees division series last week.

The Yankees Aaron Judge and Giancarlo Stanton both homered in last night’s series clincher against the Guardians. Stanton is slugging at a torrid pace, hitting 11 postseason homers in 23 games, which is the best all-time among those with at least 30 postseason at-bats.

In the National League playoffs, the San Diego Padres shocked the 101-win New York Mets in the three-game wild-card round. Then they pulled the shocker of the postseason, defeating the 111-win Los Angeles Dodgers in the divisional round.

Surprisingly the Padres find themselves hosting the NLCS against the Philadelphia Phillies, who reached the championship series by defeating the St. Louis Cardinals in the wild-card round and then beating the defending champion Atlanta Braves in their divisional series.

The winner of the ALCS will undoubtedly be heavily favored in the World Series, but both the national league teams are giant killers in these playoffs. The Astros look to repeat as AL champs and pursue the elusive 2nd World Series Championship in franchise history.