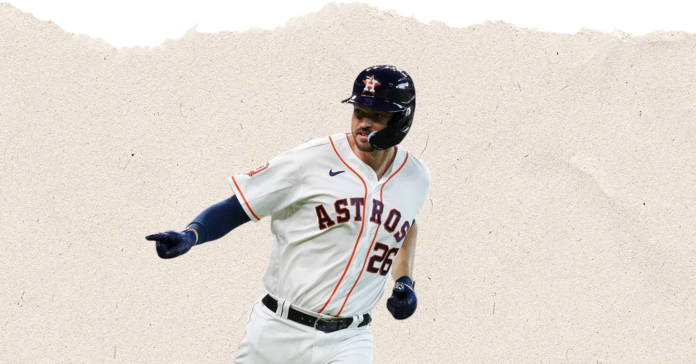 The Houston Astros just clinched their fifth American League West division title in six seasons by beating the Rays, 4-0, at Tropicana Field earlier this week. The golden era of Astros baseball continues, featuring new and familiar faces, with the recent run of success unquestionably the best in team history. And at the heart of that success is the strong international presence on the field and in the clubhouse.

Last week the club and its fans celebrated Hispanic Heritage Month. Players were shown on the field holding the flags of their home nations, and the team posted a map of the Americas showing all the names of the Latin players and the nations in which they were born. Of the players on the club’s 40 man roster, 22 were featured, and that core group, along with U.S. born players have clinched a first round bye in the upcoming playoffs.

The diversity of the club matches the international culture of the city, with a rich mix of Latin and other traditions. The club expects to continue to see a diverse fan base as well, and one that is as loyal and loud as any in MLB. The most colorful uniforms blend in with the brightly and creatively attired  fans, which is the best-dressed in the league according to Yahoo!Sports.

Preeminent All Star, Jose Altuve, who hails from Venezuela, is the face of the franchise, along with longtime Astro and former LSU Tiger, Alex Bregman, who is a fan favorite as well.

The club boasts two legitimate Cy Young Award candidates, Michigan native Justin Verlander, a perennial candidate, and Framber Valdez from the Dominican Republic, who set an MLB record for most quality starts in league history this month with 26. They are part of the best pitching staff in the American League, according to Sports Illustrated.

Not only have the Astros traditionally recruited high school age talent from the Caribbean region and the U.S., they have also had recent success signing older pitchers from the international talent pool like Valdez. The lefthander was signed by the club at 21 years old, and has become the staff ace-in-waiting in the team’s power packed rotation.

Astros designated hitter Yordan Alvarez, a Cuban born slugger, helps to make the Astros offense one of the most feared in the league, along with Florida native right fielder Kyle Tucker. Unfortunately the club lost veteran run producer Michael Brantley, from Washington state. But shortstop Aledmys Diaz, Cuban newcomer to the club, will help propel the team with key defensive plays and timely hitting.

With the AL’s best record, they are this year’s favorite to win the AL Championship, and return to the World Series. As the team continues to play at a high level, they look to claim the number one seed, which would see them make their 2022 postseason debut on October 11th.