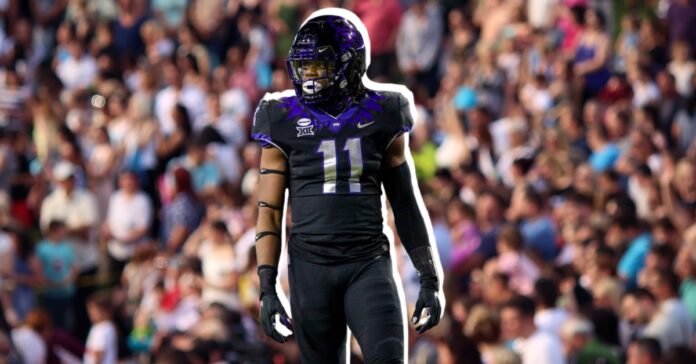 The TCU Horned Frogs will match up in a classic ‘David versus Goliath’ game Monday night after surprising the college football world by reaching the College Football Championship game. In what is the longest of shots to win the title in the modern era, they will face the defending national champion, perennial SEC powerhouse Georgia Bulldogs.

Unranked in any of the numerous preseason top 25 polls, TCU vaulted into the title tilt by running the table in the Big 12 conference, stumbling in overtime in the conference championship to Kansas State, and then beating Big 10 behemoth Michigan in the College Football Playoff game last weekend.

In Vegas before the season, the Horned Frogs were a 200-1 longshot to win the championship, the longest odds since title odds in the modern era, with only one team with odds of longer than 30-1 winning it all. And that was the 2014 Ohio State Buckeyes, one of the winningest programs in the history of the sport.

With an unblemished record of 12-0 going into the Big 12 title game, their body of work was stellar enough that the College Football Selection Committee left them in the third of four slots to play in the tournament despite losing to Kansas State, 31-28.

Then, as an eight-point underdog to number three Michigan in the semi-final in Fiesta Bowl last weekend, they beat the Wolverines in an epic game 55-45. Now as they face Georgia, they are a thirteen-point underdog.

Dykes said after the game he and his team are prepared for what is coming on social media. TCU is expecting the usual smack talk — that they were unranked from a fading conference, undersized and undermanned — and will be given little chance to pull off the improbable upset to cap their dream season.

The national recognition TCU will gain in the college football world cannot be overstated. The appearance in the title game will give them a higher profile, allowing them to recruit nationally rather than regionally, and will give them a chance to add players in either the transfer portal or high school recruiting going into future seasons.

Long in the shadow of conference bullies like Oklahoma and Texas, the school operated in relative obscurity for decades until previous head coach Gary Patterson made the program relevant in the College Football Playoff era.

Previously, TCU was a member of the long-defunct Southwest Conference. Under Patterson, the school moved to the Big 12 from the non-power five Mountain West conference in 2011.