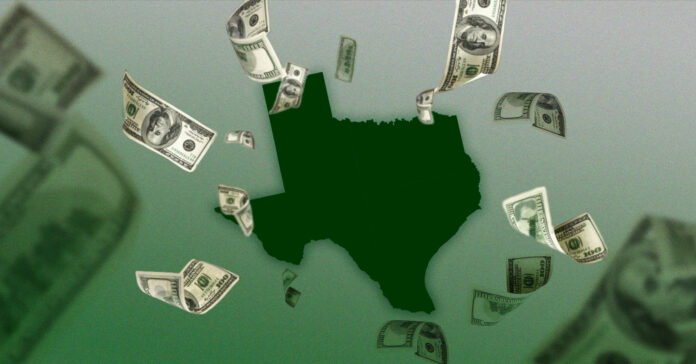 Texas Republicans have long warned of the ‘California-zation’ of Texas. But a recent post on Reddit’s main economic forum included a 2018 graphic that shows most Texans pay more taxes than Californians. It’s one of the most highly-rated recent posts and has thus far generated 569 comments. 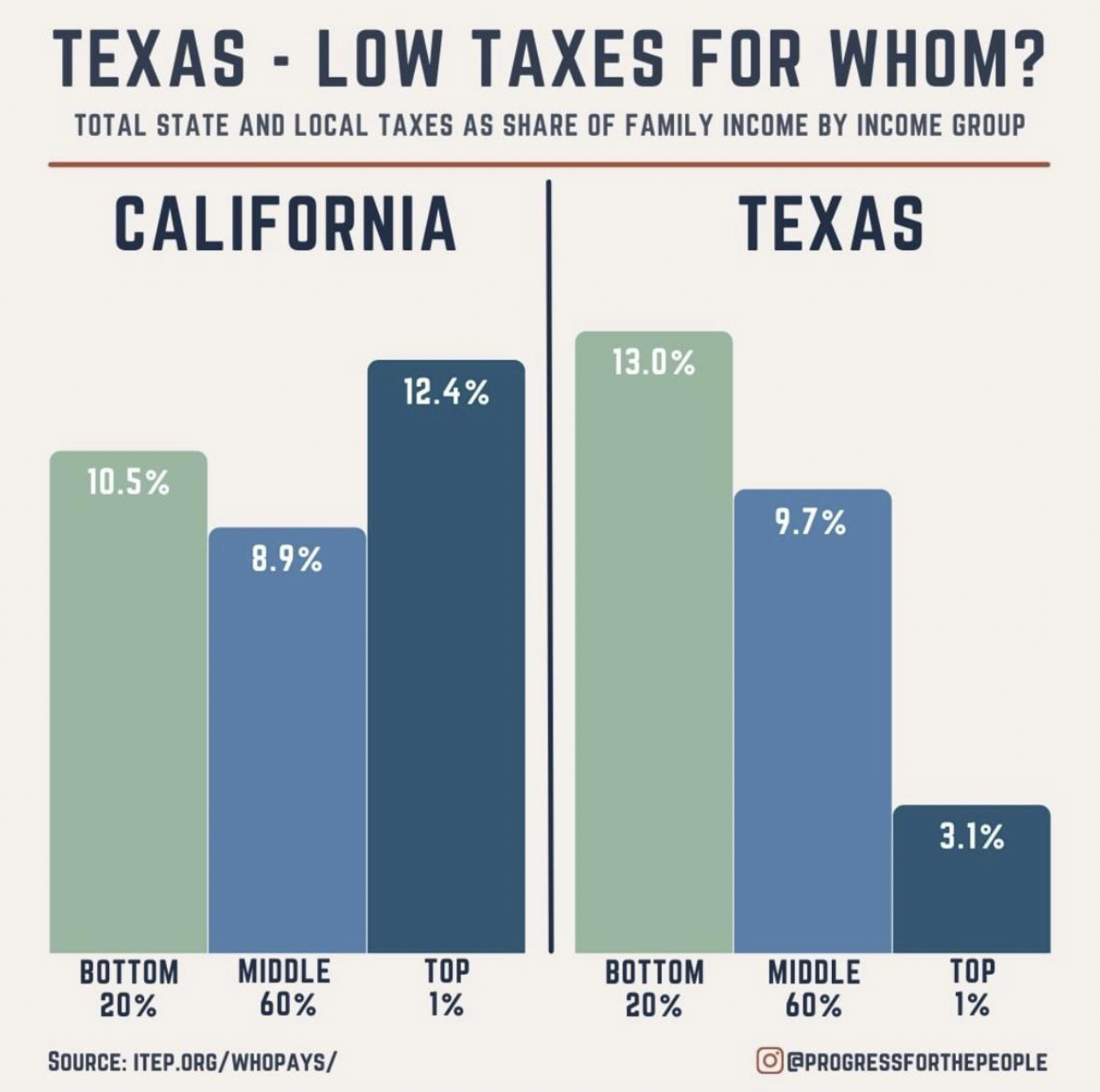 The graphic was generated from data gathered by the Institute of Taxation and Economic Policy.  The data is from 2018, but the institute is expected to release updated findings later this year, according to the San Antonio Express-News.

Middle income Texans, which represent 60 percent of earners, pay 9.7 percent in state and local taxes while the middle 60 percent of Californians pay 8.9 percent.

Taxes are considered ‘regressive’ when they take a larger percentage of income from low-income earners than from high-income earners. Sales taxes and property taxes – those that Texas relies on – are regressive. Texas was the second-most regressive tax state behind Washington state.

All states have some regressive taxes, but some states counterbalance those with income taxes that hit the highest earners the most. California is the most progressive tax state because people in higher tax brackets pay higher tax rates, according to the institute.

Despite Texas’ reputation as a “low-tax, low-government state,”  said Robert Peroni, a tax professor at the University of Texas at Austin School of Law, states with income taxes do more to lower inequality.

But if you think the Texas system is unfair, too bad. Texas voters overwhelmingly supported a 2019 amendment to the state constitution that would make it very difficult to pass an income tax. Given that the current system mostly benefits the top 1 percent, one wonders if the voters fully understood the implications of their vote.