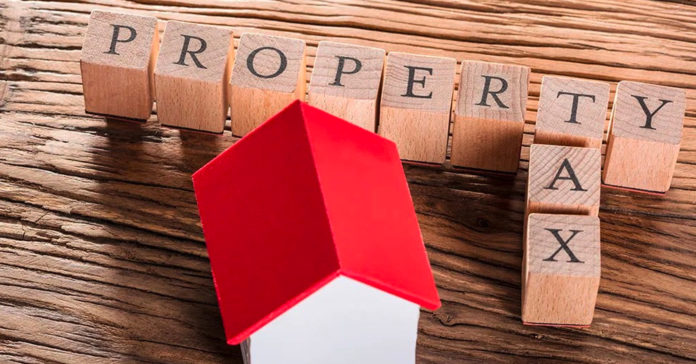 In 2019, Senate Bill 2 was passed, capping property tax rates in Texas. But there was a loophole regarding states of emergency that would allow municipalities to raise the rate. Despite the state-wide declaration of such an emergency due to COVID-19 and some predictions that cities would take advantage of the loophole, none appear to have done so.

The measure, like the tax code it regulates, is complicated. If you focus on definitions of what constitutes the tax rate needed to provide for the services already in place in various districts, it’s easy to get lost wandering through its byzantine collection of terms. Essentially, the bill capped property tax rates in the state at 3.5%, down from the previous 8%. The 8% rate was the one available in states of emergency, though it was initially believed this would mostly be due to storms and not a pandemic lasting months.

The idea that cities would wide scale take advantage of the loophole seems to have been started by the Texas Municipal League, which declined to be interviewed for this story. Their suggestion that the 8% increase could be automatically triggered by the declaration to raise the rate without voter input was widely reported on and also widely refuted by Republican Texas leadership.

The point appears to be moot, regardless. Many Texas municipalities are releasing their budgets, and none seem to be trying to sneak through a return to the 8% cap.

“Our city council just approved our FY21 budget on Sept. 15 with a tax rate of $.5930 per $100, which is lower than our voter-approved tax rate of $0.6122 per $100 that was applied last year,” said Kristy Stark, communications and intergovernmental relations director for the city of San Marcos. “The no-new revenue tax rate for San Marcos would be $0.5650 per $100 so council did approve a rate higher than that which will allow us to retain our current service levels for the community.”

Other cities have more or less followed the San Marcos model. Amarillo is raising its rate by 0.0083 cents, and it remains below the cap. Schertz voted for an increase that would increase rates by 0.8%, netting about $10 more per $244,000 home. The list goes on, but the takeaway is that no one is getting close to trying to force an 8% rate increase.

“I think it’s pretty clear that they haven’t by and large,” said the bill’s author, Sen. Paul Bettencourt (R-Houston). “In this type of environment, with COVID and the oil economy shock, most people don’t want to see an increase.”

Bettencourt has been a vocal critic of the idea that municipalities can increase the rates but has also been working on tweaking the law to allow those districts more flexibility in case of emergencies. The rate cap can be exceeded, but it has to be part of a ballot initiative and not done by a city council vote or other initiative. This will put the property tax question in the hands of voters, which in Texas can often be a death knell for such ideas. However, it theoretically enables Texas residents to raise money for more social services in the future, if they so desire.

Practically, though, it does not appear as any cities in Texas want to risk going for the 8% increase so close to an election. Bettencourt said that he has not heard of a single municipality voting to exceed the limit despite conjecture that they might.

“Reality and common sense have taken over,” he said. “We haven’t heard of any major tax entity raising rates. Even the Harris County hospital district hasn’t done it. The same [economic] conditions that started the idea have ended it. People don’t have the money for an increase right now. But that’s what S.B. 2 is all about. Voters can make a change. All they have to do is put it on the ballot.”

Reporting by RA News earlier in September identified only a handful of taxing entities that were planning to use the option of asking voters to approve tax increases.