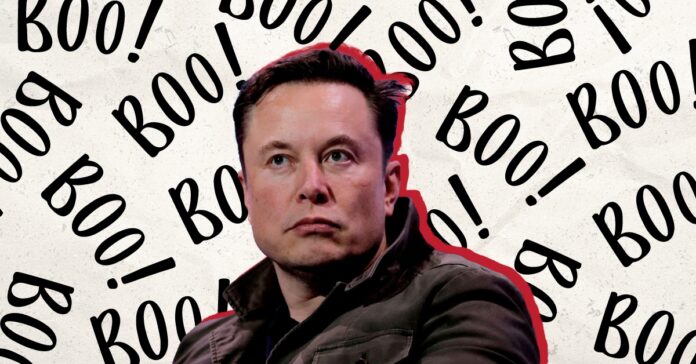 For someone who is constantly criticized on Twitter, Elon Musk seemed surprisingly fazed as he was received with a loud chorus of “Boos” while taking the stage at the Dave Chappelle show last Sunday night.

For around 10 minutes, Musk, who was brought on the show as a special guest,  could barely get a word out.

According to Mashable, Chappelle attempted to save Musk a few times by cracking jokes.  “Sounds like some of the people you fired are in the audience,” quipped Chappelle, making reference to the thousands of Twitter employees Musk laid off in the past months.

Many audience members confirmed the night’s events, even though Musk tried to change the narrative.

Tech startup founder Jame Yu tweeted: “Was at the Dave Chapelle show at SF tonight and who comes on but Elon Musk! A good 80% of the stadium boos. 18k people. and he withers. Like absolutely turns into a corncob.”

Later Musk tweeted: “Technically, it was 90% cheers & 10% boos (except during quiet periods), but, still, that’s a lot of boos, which is a first for me in real life (frequent on Twitter). It’s almost as if I’ve offended SF’s unhinged leftists … but nahhh.”