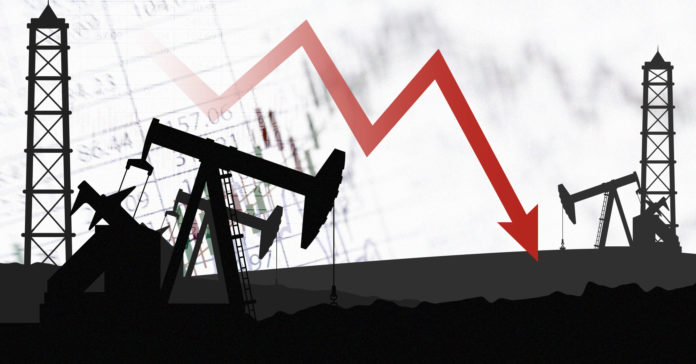 With the price of oil dropping to the lowest it has been in three decades, Texas may need to tap into its “rainy day fund” to account for coming budget shortfalls.

Texas has suffered from the low price of oil over the last decade, but the market took a stark turn for the worse this week when the price fell 30 percent. The Dow Jones was already in freefall, thanks to the outbreak of the novel coronavirus, resulting in the largest single drop for one day in history. After Russia and Saudi Arabia announced they would continue production despite the tumbling market, the price of crude oil moved to less than $30. Further falling is expected.

The cratering of the price of crude will have dire effects on the Texas job market, particularly in Houston. It is nearly impossible to make a profit at $30 a barrel. Energy research firm Woods Mackenzie predicts that it will be extremely hard-going for the energy industry if the price remains at this level for any extended length of time.

“Sustained prices below $40 per barrel would trigger a new wave of brutal cost cutting,” Fraser McKay, Wood Mackenzie’s head of upstream analysis, told The Houston Chronicle. “Discretionary spend would be slashed, including buybacks and exploration. …  Unsanctioned conventional projects will also be delayed, and in-fill, maintenance and other spend categories scaled-back.”

When the economy is low and people lose their jobs, they rely on government services more. There are no hard numbers on exactly how many people work in oil and gas in the state, but all accounts agree it’s hundreds of thousands, plus associated support industries. Though little drilling goes on around the Houston area, the city is home to the heart of the industry and a great deal of the manufacturing that supports it. It is likely that will be where jobs begin to be lost, and as the industry is famously slow to recover, it could mean long-term unemployment for hundreds of thousands of families.

That’s where the “rainy day fund” is designed to come in.

“In the days and months ahead, there will be debate about use of the Texas Economic Stabilization Fund,” said Quorum Report Editor Scott Braddock on Twitter. “Remember: When the economy goes down demand for government services goes up. That’s part of why the ESF, or Rainy Day Fund, was created in the first place. Words really matter: It is called an Economic Stabilization Fund because its purpose is to smooth out revenues during tight times. It’s meant to be replenished when oil prices are high and spent (wisely, of course) when they are down.”

Braddock is right about the history of the ESF. Though the term “rainy day” may sound like disaster relief, the fund’s origins have far more to do with the boom-and-bust cycle of the oil industry. The fund was established in 1988 after a massive fall in the price of oil. The legislature structured the fund specifically so it would fill up when the price is high so that the government could fund social programs when the price was low.

Until fiscal year 2015, the ESF received 75 percent of oil and gas production tax revenues in excess of the amounts yielded in 1987. That amount has dropped significantly since a 2014 constitutional amendment directed half of the ESF’s share to the Highway Department for infrastructure repairs.

Since its inception, the ESF has transferred money to the budget seven times, totaling $11.6 billion.

Prior to 2019, the largest withdrawal from the fund was in 2011, when the Legislature appropriated $3.2 billion during an economic downturn that saw the slashing of school and other government functions.

As a result of the supplemental appropriations bill passed in 2019, the Legislature appropriated $4.9 billion from the ESF. This largely covered Hurricane Harvey expenses in addition to the Texas Tomorrow Fund shortfall, school safety hardening, an additional payment to the Teacher Retirement System (TRS), and state hospital construction.

If the current oil crisis has a similar effect, we might see another large withdrawal to support Texas institutions.