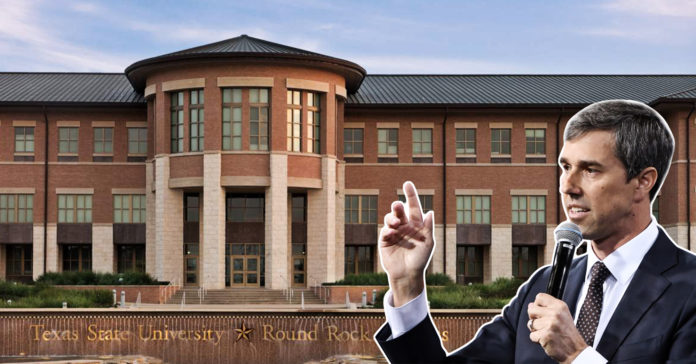 When he’s done helping turn out the Texas vote for the November election, Beto O’Rourke is headed back to college. Texas State University announced last week that O’Rourke will be joining the faculty as an adjunct professor for the spring semester.

O’Rourke will be teaching Texas politics, mostly online due to COVID-19. In this course, students will look into Texas’ political system, history, culture and institutions.

The former congressman has spoken on many occasions about a true calling for public service, a calling that now embraces teaching as well. It is worth noting that his performance in the 2018 race against U.S. Sen. Ted Cruz (R-Houston) was due, in part, to a historic turnout of young people, making evident his overall acceptance among this age group.

Political Science Chair Ken Grasso said O’Rourke made the overture.“He originally approached people in the administration … and expressed an interest in teaching,” said Grasso. “I was thrilled. He’s got a unique take on things with his experience as a congressman and as [a] senatorial candidate and even a presidential candidate. So we’re very happy to have him.”