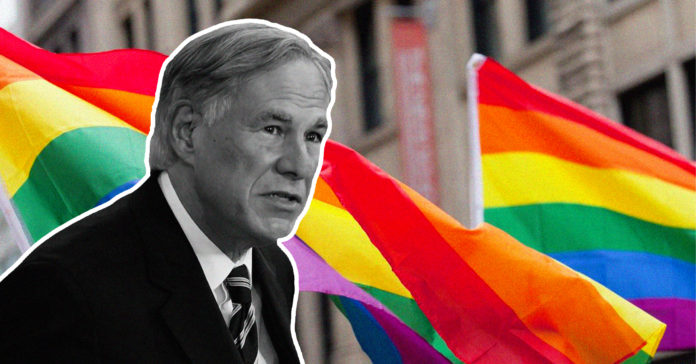 After prompting from Gov. Greg Abbott, the Texas State Board of Social Workers voted unanimously last week to remove protections regarding sexual orientation, gender identity and disability status from the official code of conduct. The move sent shockwaves through the industry, which is preparing to fight back.

“You’re looking at an attack on LGBTQ rights,” said Will Francis, executive director of the National Association of Social Workers Texas chapter. “They can claim it’s cleaning things up legally, but this is Texas. There are already very few protections, and they seem to be trying to remove the ones we have.”

The controversial rule change came down from Abbott’s office, which said that it is designed to bring the rules for social workers more in line with statutes passed by the Texas legislature that do not include such protections. The point seems weirdly moot, as social workers we spoke to all agreed they would still be subject to federal discrimination law and the Americans with Disabilities Act if they did not offer services equally to the disabled and to gender/sex minorities. It’s possible that a resulting lawsuit could reach the Supreme Court and find that the state has the right to set its own guidelines, especially if the court moves to a 6-3 conservative majority because of the nomination of Judge Amy Coney Barrett.

“How do you do social justice while discriminating?” asked Lara Hulin, a social worker with the Houston Independent School District. “It makes you feel sick to your stomach. It was shocking. Most social workers won’t do it, but the state is asking us to be unethical.”

Forces have already mobilized against the rule change.

“We are aware, and it is atrocious,” said Joey Gedsig, president of the Texas Democrats with Disabilities Caucus. “There is discussion about responding within the disability policy consortium as well, but I’m not sure of the final plan yet. They are just building on their hate from last session … essentially erasing LGBTQIA Texans.”

Other forces are already on the move. U.S. Rep  Sylvia R. Garcia (D-Houston) and 10 other representatives have sent a letter to Abbott, the board and the Texas Behavioral Health Executive Council asking for a reversal.

“As members of the Texas Congressional delegation, we find this recent removal of nondiscrimination protections terribly misguided and ask for your reconsideration and reversal of this rule immediately,” the letter reads.

A primary complaint about the action is that social workers do not feel like they were given a voice in the matter.

“On Friday, there was an email from the governor’s office,” said Hulin. “The people out in the field were not given the chance to comment or provide feedback. The Code of Conduct is our foundation. It’s why I decided to be a social worker. The ethics are rooted in these guidelines that help us to serve the most vulnerable in the community. To have that changed without the chance to give input is concerning to say the least.”

Another board meeting is scheduled for Tuesday, and according to Francis, the social workers intend to make their voices heard.

“We anticipate a lot of people showing up,” he said. “If the language isn’t changed, prepare for a fight. We will not stop until the most vulnerable Texans are protected.”

One of the more disturbing implications from the rule change is the inclusion of disability alongside gender identity. Francis agreed that the move could be part of wider anti-trans actions that have occurred in the state over the last several years, and might indicate the state is looking for ways to classify trans people as mentally disabled.

Regardless, social workers have been almost uniform in their opposition to the changes. The new rules may put the Texas code more in line with written state statutes, but it flies in the face completely of the guidelines set by the national Code of Conduct.

“We already have an obligation to refer people if we feel uncomfortable working with them, so there was no reason to change the code,” said Hulin.

If all else fails, NASW Texas is ready to attack the change in the courts, though the leaders hope it will not come to that after the hearing next week.

“Nothing is off the table,” said Francis.