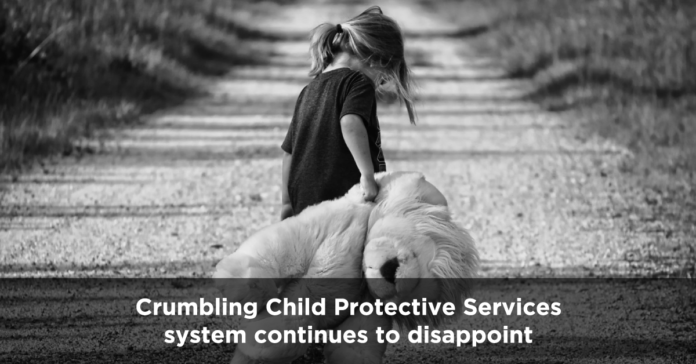 In a long-standing legal battle with the state of Texas over the crumbling foster care system, U.S. District Judge Janis Graham Jack of Corpus Christi hopes to see necessary improvements to prevent children from being caught in a cycle of trauma. Judge Jack contends that the Texas foster care system is “broken” and that children “uniformly leave state custody more damaged than when they entered.”

Instead of looking for and implementing innovative fixes to Child Protective Services, the state of Texas has spent nearly $9.7 million fighting the class-action lawsuit over a period of eight years.

The lawsuit focuses on the wellbeing of the 11,321 children in the Texas permanent managing conservatorship (PMC). One key component of the suit ruled that the state is required to submit plans for rectifying the “crushing” Child Protective Services (CPS) workers’ caseloads, which a federal court will supervise.

The Texas Department of Family and Protective Services (DFPS) will also submit studies to reduce workloads of residential child-care licensing personnel, which the federal court must review and approve. The panel of three Republican judges of the 5th U.S. Circuit Court of Appeals in New Orleans ruled that the number of children in foster group homes cannot be limited by Judge Jack, which could lead to overcrowding in these types of homes.

Along the way, there have been measures to reduce Judge Jack’s proposed changes, and appeal after appeal leave child welfare experts wondering about the future of DFPS. GOP Texas Attorney General Ken Paxton continues to challenge Judge Jack’s orders, citing judicial overreach. Earlier this year, Paxton requested a hearing of the full appellate court, and the case could potentially reach the Supreme Court should he fail to see more cuts to Jack’s directives.

Small victories, including $12,000 raises to front-line CPS workers and an allowance of hiring new employees, seem as though the state is simply throwing activists and experts a bone. However, large and fast improvements seem highly uncertain as lawmakers’ attempts to redesign the system through privatized “community-based care” has proven to be expensive.

Though the three appellate judges in New Orleans made some concessions to Judge Jack’s orders, such as allowing Jack and monitors to review workload studies for CPS staff, in many ways Texas children and CPS workers continue to face challenges.

Judge Edith Brown Clement, one of the appellate judges, stated that DFPS should not be required to buy an updated computer system, which the department would use to keep childrens’ medical and educational records readily accessible to caseworkers and caregivers. Citing her opinion against the upgraded computer system, Clement wrote that Texas doesn’t have to achieve that “best practice” or any other best practices in child welfare; simply put, Texas just needs to meet a lower standard that assures children will no longer be subjected to harmful conditions.

In this sense, some GOP officials maintain that the Texas CPS system should settle for just “okay” rather than implementing best practices suggested by professionals and advocacy groups. Social workers and other professionals want the state to make CPS a supportive and enriching work environment to reduce high turnover rates, yet often feel ignored and overlooked.

Instead of shelling out necessary funding and updated equipment, incentives for overworked employees, and all-around better care for our most vulnerable children, the state of Texas would rather do the bare minimum and keep their pocketbooks full.