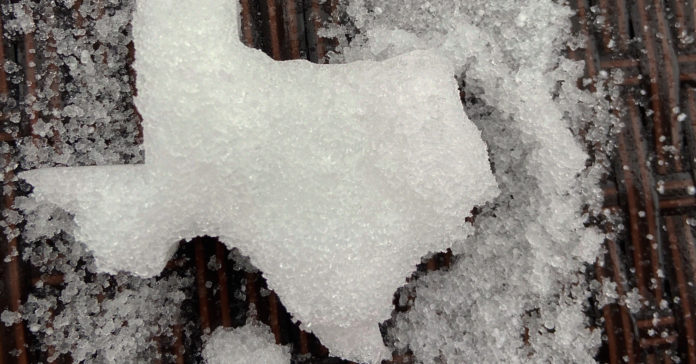 The blame game continues in Austin as the Republicans who appointed the people who oversee the Texas power grid continue to throw the people who acted exactly as they wanted them to under the bus. At some point, if any real accountability is to be had, then the Texas political leadership is going to have to take a good long look at themselves.

Since the management of the Texas electrical system operated under the general policy goals of the Abbott administration and state Republican philosophy, its worth exploring how long they knew that the state was in danger of what happened during Winter Storm Uri when over 4 million people were left without power and at least 70 people dead.

The most obvious answer is that Abbott and other prominent Republicans knew at least as far back as 2011 when a similar storm raged across the Lone Star State. Though not as catastrophic, it still left 3.2 million without power in a set of rolling blackouts. Just like this year, the grid found itself unable to handle the additional demand thanks to compromised natural gas production.

“Generators and natural gas producers suffered severe losses of capacity despite having received accurate forecasts of the storm,” the 2011 report said in language that could have been dropped a decade into the future with no changes. “Entities in both categories report having winterization procedures in place. However, the poor performance of many of these generating units and wells suggests that these procedures were either inadequate or were not adequately followed.”

Abbott was waist-deep in Texas’ power protocols at the time. As Attorney General, he was often gleeful to the press in how often he sued the federal government under Barack Obama, and national oversight of power was one of his favorite battlegrounds. He sued or joined with other states to sue the Environmental Protection Agency five times during his tenure.

One of the cases that went all the way to the Supreme Court was Utility Air Regulatory Group v. Environmental Protection Agency. It was over whether the federal government had the right to oversee greenhouse gas emissions. The court ruled that the EPA’s power was limited, but that it did have authority over large producers, specifically power plants.

The case opened up a broader issue of oversight, and some popular memes online since the storm have accused Abbott of specifically suing the federal government to prevent them from making Texas winterize its power grid properly. That’s inaccurate, but there is no doubt that Abbott and then-Governor Rick Perry were leading the red state charge against any attempt to meddle in the wild west territory of Texas power.

The overseeing agencies that manage the grid are toothless when it comes to compelling the power generator companies to perform costly improvements, and that is by design. While there is certainly blame to go around when it comes to how forceful the suggestions for infrastructure add-ons were or how well informed the public could have been about the cost of this “free market” energy policy, it is still just the plan that leaders like Abbott have been pushing for years.

Chrysta Castañeda, an oil and gas attorney who ran unsuccessfully last year for a seat on the Texas Railroad Commission, has some choice words for the buck passing.

“There are insufficient standards in place to prevent this event,” she told The Austin American-Statesman. But “raising the standards costs money, and individual (generators and transmission companies), if they don’t have the incentives to do so, will avoid spending that money.”

The last time that Texas was threatened by winter storms, the state leadership was in an ecstatic war against a Democratic president seeking to better the nation’s energy production. Abbott was a major figure in the fight to maintain the state’s independent management of its power affairs. What we are seeing now is the logical result. This storm was a possibility then, and it is a possibility in the future. Abbott and others may not have been prepared for the size of the disaster, but they made it clear that some form of it was an acceptable price for no federal meddling years ago.