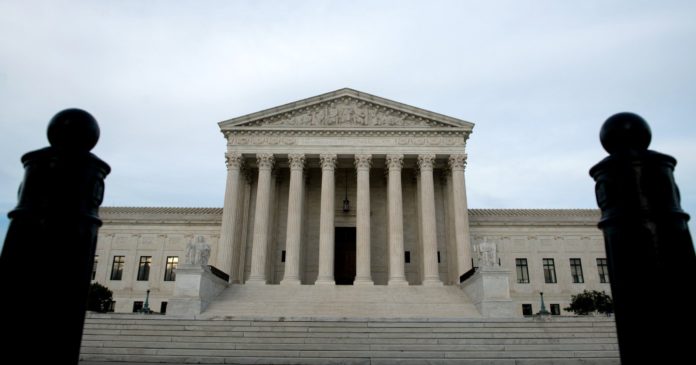 If civil and immigrant rights groups need a reminder of the late Supreme Court Justice Ruth Bader Ginsburg’s impact on immigration law, they don’t need to think back further than a few months ago.

Ginsburg, who died on Friday at 87, was one of five justices who ruled in June that the 2012 Deferred Action for Childhood Arrivals Program could continue after President Trump announced in 2017 that he was ending the program.

Though the liberal icon was rightfully recognized as a champion for women and the LGBTQ community, immigration attorneys said her passion for due process and civil equality extended to immigrants, and her death could impact hundreds of thousands of immigrants and their families in Texas.

“With this administration doing extreme action on immigration, certainly that’s created an ample pipeline of cases that could potentially come to the Supreme Court for resolution,” said Thomas A. Saenz, the president and general counsel of the Mexican American Legal Defense and Educational Fund, or MALDEF.

In addition to the future of DACA, the court could soon rule on the Trump administration’s public charge rule, which could block people from becoming legal permanent residents if they are deemed likely to become dependent on public services, the inclusion of non-citizens in the U.S. Census count and possibly the future of tens of thousands of immigrants from El Salvador, Haiti and other countries currently living in the U.S. under Temporary Protective Status because of armed conflicts and natural disasters in their home countries.

“Many of those cases would be moot should there be a new president in January and that president were to rescind many of these regulatory and policy changes that Trump put in place,” said Saenz, who argued before the U.S. Supreme Court in 2016 on another of former President Obama’s executive actions, 2014’s Deferred Action for Parents of Americans and Lawful Permanent Residents, or DAPA. “But in the immediate term, even prior to January, this issue about the Census and counting the undocumented has to be resolved.”

The president is expected to announce his candidate to replace Ginsburg on Saturday and so far appears to have the support of enough senators to advance the nomination. It would be his third successful appointment of a conservative justice and could tilt the balance of the court for decades.

Should the president fill Ginsburg’s seat with a justice who pushes the court further “in a restrictionist direction, we’re going to see a further paralysis of the nation’s immigration system,” said Ali Noorani, president and CEO of the National Immigration Forum.

“Congress has clearly been incapable of reforming the system, so we’ve been left with a series of executive actions just so the immigration system can keep up with the nation’s needs,” Noorani said. “If Trump puts in a justice who represents his immigration approach, it’s another brick in the wall he wants to build between the U.S. and the rest of the world.”

On DACA, which grants deportation protection from undocumented immigrants brought to the country as children, the court previously ruled the Trump administration failed to wind down the program according to federal statute. At the time, Trump said his administration would try again based on proper procedure. As of December 2019, about 107,000 Texans had DACA permits, according to federal statistics.

Saenz said that the actions the administration took immediately after the ruling could also come before the new court quickly. The administration refused to allow new applicants despite a subsequent lower court decision in July that mandated it do so. And Acting Department of Homeland Security Secretary Chad Wolf also issued a memo slashing the DACA’s renewable protections from two years to one.

Saenz said those decisions are challengeable and could head to the U.S. Supreme Court because Wolf was not qualified to hold his position, according to the Government Accountability Office.

“There remained questions about what the administration has done in response to that ruling, including the Wolf memo,” he said.

Jason Finkelman, an Austin-based immigration attorney, said the court’sJune decision opened the door to another challenge from the administration which could end DACA altogether.

“I would think that if an appointment is made in the next 45 days of a more conservative justice, it is highly likely that a majority of those justices would put an end to the DACA program,” Finkelman said, adding that thepresident has “made it very clear that he wants to make life difficult for immigrants coming to this country.” Finkelman said.

The TPS case will take longer, but could still reach the high court, Saenz said. Earlier this month a 2-1 panel of appellate judges from the Ninth Circuit Court of Appeals ruled that the administration could end protections for immigrants from El Salvador, Haiti, Nicaragua and Sudan who have received Temporary Protective Status. Others from Nepal and Honduras could also be affected as a separate but similar case on their behalf was placed on hold pending the outcome of the other case. The plaintiffs in that case will petition the full appellate court to hear the case, which could extend into next year.

Jackie Watson, an Austin-based immigration attorney who was one of the first in Texas to assist DACA applicants, said predicting how the Supreme Court decides any case isn’t a smart bet, citing the June decision as the most recent example. But what is certain is that Ginsburg’s death means the loss of a justice who weighed carefully the balance of state and federal power on immigration and the effect patchwork laws could have on civil rights.

“For her, there was a reason immigration power is reserved for the federal government and that has to do with uniformity,” Watson said. “I think it does go back, for her, to protect due process in a federal system.”

Watson cited Ginsburg’s dissent on a 2011 decision in which the court ruled that Arizona could revoke the business licenses of employers who knowingly hire undocumented immigrants and mandate use of the federal electronic employment verification system called E-Verify.

Ginsburg was also part of the majority when the court ruled against to the indefinite detention of immigrants subject to deportation if they could not be sent back to their country of origin, which Watson said was also motivated by her respect for due process.

“She didn’t like prolonged, much less indefinite detention,” Watson said. “The detention cases [are]where she was really adamant that the circumstances in which detention is used should be way more sparing.”

Watson said that immigration law isn’t always determined by a justice’s ideology alone, citing a 2004 decision on deportable offenses as an example of how the entire court came together.

That case, Leocal v. Ashcroft, eliminated driving while intoxicated from the list of crimes that blocked deported immigrants from naturalization. The 9-0 decision recently allowed a deported veteran from Texas to finally become a U.S. citizen earlier this month.

Watson said Ginsburg didn’t just consider the legality of the issue, but also the humanity.

Will Jake Ellzey Leaving the Texas House Make it Harder for...

Phelan Issues Bizarre Warrant for Cortez’s Arrest, What Does it Mean?

Texas Families Affected By The Winter Storm Are Facing A Double...