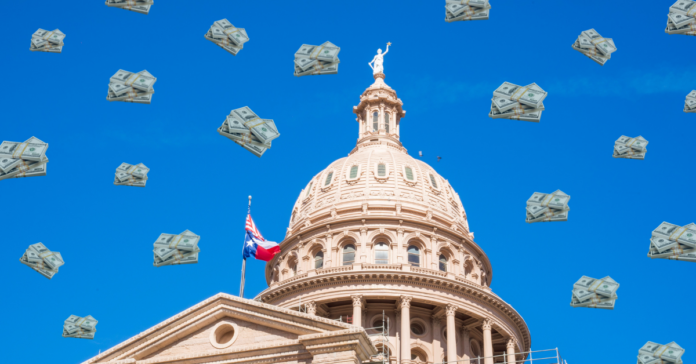 During his term as Governor, Greg Abbott has pushed lawmakers to pass ethics reforms, such as; curbing the influence of lobbyists at the Capitol. However, his appetite for reform is notably absent when it comes to himself.

With Abbott just inaugurated for a third full term, questions about donor influence and the culture of pay-to-play are once again a top concern in the quest for better governance.

On Thursday, January 12th, the canvassed results for the November 2022 Governor and Lieutenant Governor races were certified by the Texas Legislature, making Greg Abbott’s and Dan Patrick’s victories official. With the inauguration festivities for the 48th Governor and 42nd Lt. Governor of Texas underway today, it bears asking who is organizing and funding the event.

Historically, the Inaugural Committee organizes the inauguration of the Governor and Lt. Governor following every gubernatorial election. The committee is governed by Section 401 of the Texas Government Code, which states that the Committee Chair and one of the two Committee co-chairs are appointed by the Governor-elect while the other co-chair is appointed by the Lt. Governor-elect following the Secretary of State’s proclamation confirming the election results. An individual, by law, can only be eligible for appointment of these three positions if they do not hold “a position of profit under this state or the United States.”

The primary funding source for the inauguration is inaugural contributions, outlined in Section 401, which come from individuals, associations, corporations, and legal entities to cover inaugural expenses, and which have no limits.

One issue raised after previous inaugurations is the “back-door” influence of inaugural contributions, which are exempt from the rules governing political contributions. While corporations are prohibited from giving directly to elected officials, they may contribute to the inauguration.

The cost for the 2023 inauguration has not yet been reported; however, it will likely be in the millions of dollars.

Abbott and Patrick spent a record-setting $5.3 million on their 2019 inauguration, which event organizers raised mostly from corporations and wealthy donors – over 64% of the inaugural contributions came from corporations, amounting to $3.1 million. This is more than double the cost of Gov. Rick Perry’s inaugurations in 2007 and 2011, according to the Houston Chronicle.

Another issue is the timely disclosure of  inauguration contributors. Abbott’s 2015 Inaugural Committee kept the list of donors private until after the event, a departure from standard practice, according to the Dallas News.

Later in 2019, Abbott and the 2019 Texas Inaugural Committee spent months fighting the disclosure of documents detailing how they spent the $5.3 million. After being denied expense records from multiple state agencies as well as the inaugural committee, The Texas Tribune had to file a lawsuit under open records laws to obtain receipts.

Brandon Rottinghaus, a political science professor at the University of Houston, said to The Texas Tribune that the nondisclosure fits into what he believes is “a standard modus operandi for Texas government to keep things as quiet as possible.”

“This is another way for donors to have a connection to Texas politicians,” he said. “This is a tight-as-bark-on-a-tree relationship between money and politics in Texas. That, just when you think you can put money in politics aside for a party, partisan fundraising becomes a big function.”

Another ethical concern related to the inauguration is the question of “pay-to-play” access to join the Inaugural Committee. As the San Antonio-Express News has reported, many Texans who are appointed by Governor Abbott to prestigious Boards and Commissions across the state also happen to be major contributors to his campaign. The Governor has denied the practice, but one appointee’s comments in 2018 appear to suggest otherwise.

Legislators have tried to restrict and regulate this unethical but legal practice but have gotten nowhere. It is expected that the legislation will be filed again in the current session.

In the past, the Inaugural Committee has consistently been composed of big money donors to the Governor and Lt. Governor. The Dallas News reported that of Abbott’s 35 appointees to the 2015 Inaugural Committee, “25 of the individuals and couples were major contributors to his campaign — giving a combined $8.3 million. The vast majority of his appointees gave $200,000 or more to his campaign.”

The Committee is typically chaired by politically connected donors – in 2019, the chairs and co-chairs were banker and Texas Transportation Commission Chair J. Bruce Bugg Jr., businessman Ray Hunt and philanthropist Mindy Hildebrand. This year there is not much information on the Inaugural Committee, but according to The Quorum Report, there are multiple Chairmen of this year’s Committee including at least Tilman Fertitta, owner of the Houston Rockets and among other things, a major casino operator and Brint Ryan of Ryan LLC, as well as others as of now unidentified.

However, in practice the Inauguration is controlled by the governor, who not only picks the entertainment but also, exercises power over all financial decisions and  moves the strings regarding his political confidants in key positions.

This article will be updated as soon as the Inaugural Committee releases more information.