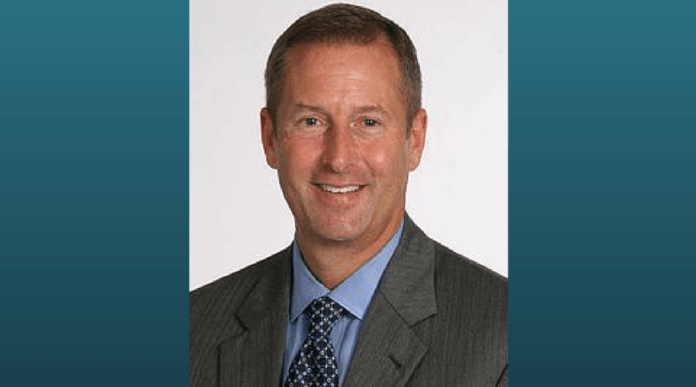 A state lawmaker accused of working as a lobbyist while holding office has prompted calls to change Texas law to close this apparent legal loophole.

Under Texas law, state legislators make an average of $20,500 annually but are allowed to earn outside income, which usually comes in the form of private employment.

Murphy could be violating a provision of the Texas Constitution which states, “No person shall hold or exercise at the same time, more than one civil office of emolument.” As TV news-station KPRC points out, this means a legislator cannot have a secondary taxpayer-funded job. Murphy seems to get around this prohibition by being called a “contractor” even though he appears to have a full-time relationship with the Management District.

Murphy, who represents House District 133 and is in his fifth term, responded to KPRC’s initial investigation in a February 12 Facebook post alleging, “It’s election time, and in a predictable attempt to smear another Republican, local media has targeted me with a salacious hit piece.”

Dear Constituents,
I take my responsibilities representing the people of District 133 very seriously. I appreciate the…
Posted by Jim Murphy on Monday, February 12, 2018

But Murphy’s Westchase contract has some questioning whether his employment qualifies him as a lobbyist rather than a contractor.  As The Texas Monitor points out, Murphy’s March 1, 2017 to February 28 contract stipulates that he could earn a $6,000 bonus if he secured “TxDOT approval to construct one or more priority projects from the [Westchase District] Plan.”
Murphy’s directive to secure TxDOT contracts seems to be a direct violation of the Texas Constitution which reads, “…nor shall any member of the Legislature be interested, either directly or indirectly, in any contract with the State, or any county thereof.”

Murphy’s Westchase job led to a March 22 hearing in Austin in front of the Committee on General Investigating and Ethics, chaired by Texas Rep. Sarah Davis (R – Houston). She told KPRC that Murphy was invited but he refused to show up at his own hearing.

The hearing prompted Davis to write letters to Texas Attorney General Ken Paxton, the first asking to clarify if a legislator is allowed to be paid for lobbying activity on behalf of a local government. Davis’ second letter to Paxton asks if legislators can get paid for securing state funding for local governments.

Paxton does not appear to have responded to Davis’ letters, both dated April 30.
Davis may not have to wait for a decision from Paxton. The Texas Representative told KPRC that she may introduce legislation preventing Texas politicians from exploiting lobbying loopholes.

Murphy has defended his dual positions as state legislator and employee of Westchase by citing a 2005 ruling from the Texas Attorney General’s Office (then ran by current Texas Governor Greg Abbott), which states “…the Texas Constitution does not prohibit a member of the Texas Legislature from also working for compensation as an independent contractor for a municipal management district.”

But as one ethics lawyer interviewed said about Murphy’s unique employment, hiring a state representative seems to be “an effective mechanism for figuring out how to wire the system in an unethical way.”