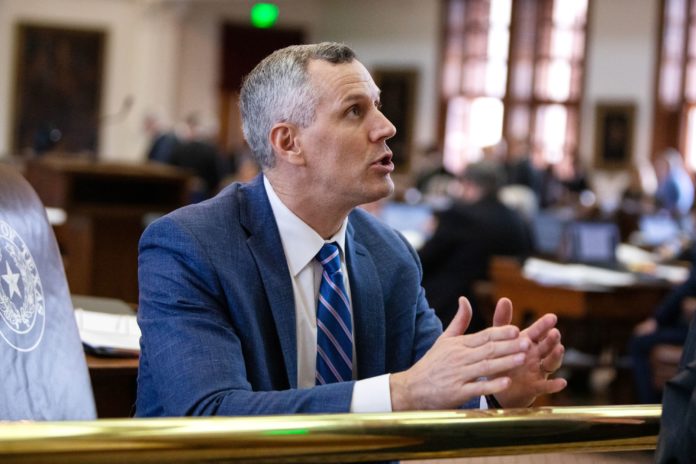 In a startling interview, State Representative Matt Schaefer (R – Tyler) admitted he stands by his vote against extending civil and criminal statutes of limitation for rapists and serial sex predators.

In response to an article published by Reform Austin, KLTV7, an ABC affiliate in Tyler, interviewed Representative Schaefer, giving him the opportunity to explain his vote.  The Reform Austin article names the only five legislators who voted against HB 189, a 2015 law which extended the statutes of limitation for serial sex crimes and for civil causes of action.

Schaefer chose to stick to his story, arguing against extending the statutes of limitation because “if it happened when they were all 18, this could be brought up when they are all 70.”  He furthered argued there is a “delicate balance” between the rights of survivors of sexual crimes, and “on the other side” the rights of criminal defendants.

There is no moral equivalency between survivors of sex crimes and their abusers or rapists.  In many cases, it may take years or decades for survivors to come forward, either because of circumstance, fear, or misplaced feelings of guilt.  HB 189 was specifically designed to address an imbalance in the law, where sexual predators could “breathe easy” because they “got away with it” after a period of time.

In a time when more and more survivors of sexual assault are mustering the courage to come forward, it is imperative policymakers empower survivors by passing reforms making it easier to pursue justice.  As Representative Schaefer and his four colleagues choose to cast their lot with “the other side,” they are empowering predators and serial sex offenders and rapists.

HB 189 was signed into law by Governor Greg Abbott on June 18, 2015, and took effect on September 1, 2015.  It passed by a 140-5 margin in the state House, and unanimously in the state Senate. HB 189 extends the statute of limitation for civil claims of action on a variety of offenses, and from ten years to “no limitation” for sexual assault if “probable cause exists to believe that the defendant has committed the same or a similar sexual offense against five or more victims.”