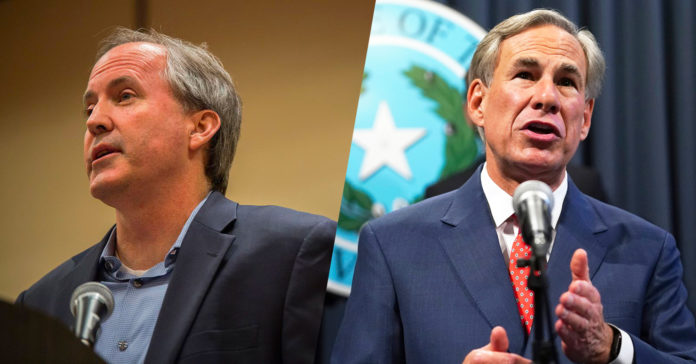 With the November election just four weeks from today, Texas State officials are at the center of a growing number of scandals and accusations of a collective abuse of power.

What started in 2019 with Texas House Speaker Dennis Bonnen, has now grown to include Gov. Greg Abbott and Texas Attorney General Ken Paxton.

It reached a boiling point last week with Abbott’s order limiting in-person mail ballot drop-off locations to one per county, no matter the size of each county.

With concerns about the reliability of the US Postal Service, County Clerks and elections officials had been promoting ballot drop-off opportunities for Texas taxpayers, where voters could drop off their ballot by showing photo identification.  Under Abbott’s executive order, Loving County with a population of 152 people, and Harris County with an estimated population of 4.7 million people, can each only have a single ballot drop-off location.

A few days later, there was a shocking revelation of how Texas Attorney General Ken Paxton, who is already under indictment for securities fraud, is accused of bribery and abuse of power – by members of his own agency’s executive leadership.

In a story first reported by the Austin American-Statesman and KVUE over the weekend, six current and one former Paxton employee accuse the attorney general of improper influence, abuse of office, bribery, and other potential crimes.

Abbott faces three lawsuits over last week’s order, and Paxton is now under investigation by the same prosecutors who indicted him on securities fraud charges five years ago.

The revelations about Paul’s campaign contributions to this broad swath of elected officials led most to announce they were donating those dollar amounts to charity.

Texas Democrats say there’s an abuse of power theme running through all of this.

The criticism of both Paxton and Abbott does not end with the Democrats. There have been multiple calls for Paxton to resign from within his own party.

Likewise, Republicans, including Allen West, the chair of the Republican Party of Texas, have taken the governor to task on social media and in the courts for what they view as his dictatorial approach to managing the pandemic. Their latest lawsuit claims Abbott is violating Texas election law and overstepping his authority in extending early voting without first consulting with the Texas Legislature. They also oppose Abbott’s mandatory mask order and the ongoing business closures.

West, Agriculture Sid Miller, State Senator Bob Hall, and other Republican Party leaders are currently organizing a protest against Abbott at the governor’s mansion in Austin on Saturday, October 10th.

Paxton has brushed aside the calls for him to resign, and Abbott isn’t budging on his recent order on mail ballots. The first court hearing in the mail ballot case is scheduled for Thursday.