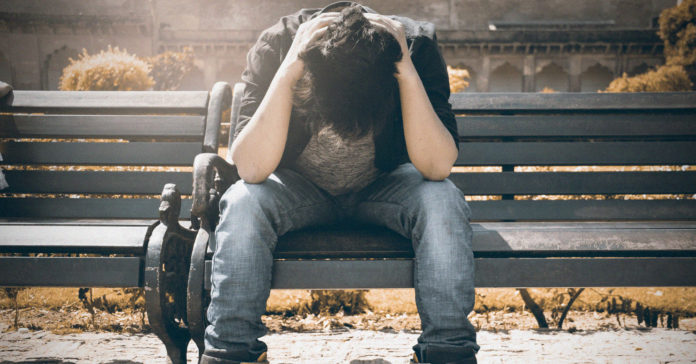 The logo for Plano Independent School District is a bright red apple with two extended hands reaching toward each other. It may be the perfect symbol for the district after a suicide epidemic shook the Texas community over thirty years ago. Three teenage suicides happened in two months and more, many more, followed.

After the domino effect of teen suicides, news media across the U.S. speculated on the lifestyle of the town, the isolation that could come with suburbia and also pressure to succeed as reasons why, which still fill conversation about suicide rates today.

“The suicide rate among young people in this area was the second highest in the nation,” The New York Times reported.

At the time, Plano was booming with driven and ambitious families deciding to plant roots in suburban paradise, in addition to an impressive school system.

In recent years, Plano is still experiencing teen suicides and mourning those losses as there has been an increase in suicide victims in the past four to five years. In January, a Plano ISD student took his life on a school campus, the Dallas Morning News reported. His mother is lobbying Plano ISD to bring peer-to-peer training by the Hope Squad suicide prevention initiative to its campuses.

The Numbers in Texas

On average, one person dies by suicide every two hours in Texas, and suicide is the second leading cause of death for people ages 15-34 in the state, according to the 2019 Texas Suicide Fact Sheet from the American Foundation for Suicide Prevention. More than twice as many people died by suicide in Texas in 2017 than in alcohol-related motor vehicle accidents. The American Foundation for Suicide Prevention (AFSP) has implimented a three-year strategic plan with a goal of reducing the suicide rate in the U.S. by 20 percent by 2025.

In the last legislative session, school-based suicide prevention intitives were on the table, perhaps given urgency because Texas’ suicide problem, which claimed the lives of 3,800 Texans in 2017, was a reminder of how close to home this issue is.

While suicide can be considered rare if you only look at the numbers and the total population of Texas, suicides have severe impacts on individuals, families, friends and communities. Legislators passed House Bill 18, brought by state Rep. Four Price (R-Amarillo), which added mental health to public school curricula and to encourage school districts to partner with community health centers to prevent student suicides.

We often hear about warning signs — depression and extreme mood swings, withdrawing from activities, isolating from family and friends, sleeping too much or too little, talking about death or talking about having no reason to live.

Friends and parents can really make a difference in positive and effective ways when it comes to youth suicide prevention, Cami Fields LMSW, wrote in an email to Reform Austin.

“Knowing the warning signs of suicide is an important first step to be able to help and offer support to those around you. We see connectedness as a huge protective factor for youth,” said Fields, who is the director of outreach and education at the Grant Halliburton Foundation.

Stress is a big factor for teens, Fields wrote, but it isn’t the only one.

“Stress is the number one trigger for depression, and teenagers today have no shortage of stress that often gets overlooked or minimized by adults in their lives. There is never one single cause of suicide, but connectedness and resilience in young people are protective factors.”

Having a handle on one’s mental health can be taught as a life skill, and parents should grab ahold of the reins.

“It is important for teenagers to be taught coping and problem-solving skills they need to get through tough times,” Fields wrote. “When teens are resilient, they are confident, connected and more prepared for the challenges life throws at them.”

While the digital world can make access to calling for help seem ideal, Fields explains, the “teens most often turn to their peers and friends to let them know they are struggling.”

That is why student-to-student training can be crucial for making positive progress toward sucicide prevention.

In the Dallas area, the Grant Halliburton Foundation educates students on the warning signs for suicide, how to ask tough questions and what to do if a friend tells you they’ve been thinking about suicide. The foundation works with schools to help implement the Hope Squad program, which was founded by Greg Hudnall, who championed suicide prevention in Utah schools.

Hope Squad trains students to be the eyes and ears of their schools and to provide friendship, encourage inclusion, create mental health awareness campaigns, identify warning signs and seek help from adults.

Hope Squad is spreading to more schools across North Texas, empowering students to look out for their classmates, and changing the culture of mental health in schools.

Keeping the conversation going is key.

“The more we talk about it, the more people realize that it is OK to talk about suicide,” Margie Wright, executive director at the Suicide and Crisis Center of North Texas told Reform Austin in an email. “If you have any concerns, ask the person!  You will not put ideas in someone’s head! Suicidal people are relieved to have someone ask them.”

Texas requires annual staff development for educators in suicide prevention. The training sessions must be based on best practices recommended by the Department of State Health Services in coordination with the Texas Education Agency.

What should you do if you want to help but aren’t a teacher? You can volunteer in your community as an advocate for suicide prevention. The Texas Suicide Prevention organization has information.

We must normalize talking about these topics and continue to break the stigma on mental health and suicide, said Kevin Hall, president of Grant Halliburton Foundation.

“We have to get comfortable with this uncomfortable topic because right now it’s winning.”