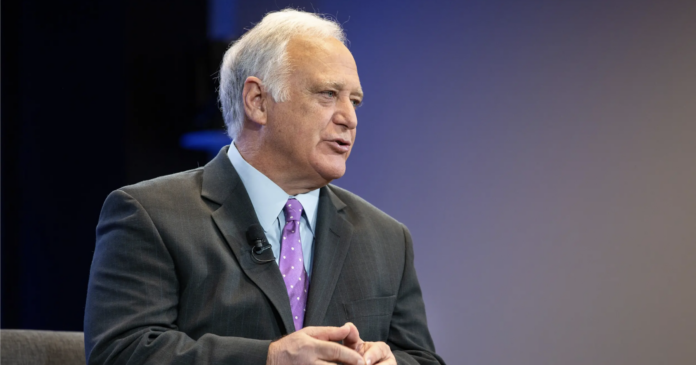 In a tight race, Austin voters picked a familiar face Tuesday night to guide the capital city over the next two years as the region deals with skyrocketing housing costs and explosive growth.

“I’m as grateful today as I was 25 years ago to be entrusted with this job,” Watson said at a watch party in Austin’s Rosedale neighborhood. “It means a lot to me to know that Austinites in every part of this city still want the kind of leadership that I’ve tried to deliver both as mayor and as your state senator.”

Miles away at a watch party in North Austin, Israel conceded to Watson — while ruefully acknowledging Austin’s growing unaffordability, the race’s defining issue.

“Our campaign was founded on a very simple idea: The people who built this city and who continue to build this city, who dress our wounds, who teach our kids, who drive our buses, who answer our 911 calls … they deserve the respect and the compassion that a progressive city can give them,” Israel said.

The race to lead Texas’ fourth-largest city was a squeaker. Israel beat Watson in Travis County, which contains almost all of Austin, by 17 votes. But Watson built a lead of 881 votes in Williamson County and 22 votes in Hays County, according to unofficial election night tallies — delivering him the mayor’s seat.

The contentious race — which went to a runoff after neither candidate got more than 50% of the vote in the November election — was largely shaped by the city’s increasingly dire housing affordability crisis.

Watson, who served as Austin mayor from 1997 to 2001 and largely pitched himself as a back-to-basics candidate, and Israel each laid out extensive proposals for how to tackle the housing crisis and boost the city’s housing supply — though they struck different tenors on how to approach it.

Israel called for aggressive action to address the crisis and she said she would work closely with “pro-housing” advocates. But in a city where new housing development is often met with steep opposition from neighborhood groups and environmentalists, Watson promised a more diplomatic strategy that would aim to bring in more new housing without alienating the neighborhoods that oppose it.

Watson gained a massive fundraising advantage over Israel early on and kept it over the course of the election.

During the general election and runoff, Watson amassed more than $1.8 million, giving Watson a nearly 3-to-1 fundraising advantage over Israel’s haul of roughly $651,000. Watson spent more than $1.5 million through Dec. 3 while Israel spent just under $566,000, according to the latest campaign finance filings.

On top of the city’s housing crisis, Watson will have to deal with the state’s Republican leadership, which has grown increasingly hostile to Austin and Texas’ bluer urban areas.

Within the past two years, Austin cut the city’s police spending in the wake of George Floyd protests and rolled back a ban on homeless encampments in public areas — moves that Republican lawmakers in the Texas Legislature later rebuked by passing new laws reining in those measures and restricting other major Texas cities from following in Austin’s steps.

During the campaign, Watson pitched himself as a veteran of the Legislature who could build a working relationship with state GOP leaders — or at least avoid their unfriendly gaze.

Watson will have to run again in two years, rather than four as Austin mayors normally do. That’s because Austin voters passed a ballot proposition last year to move the city’s mayoral elections from gubernatorial election years to presidential election years in a bid to increase voter turnout.