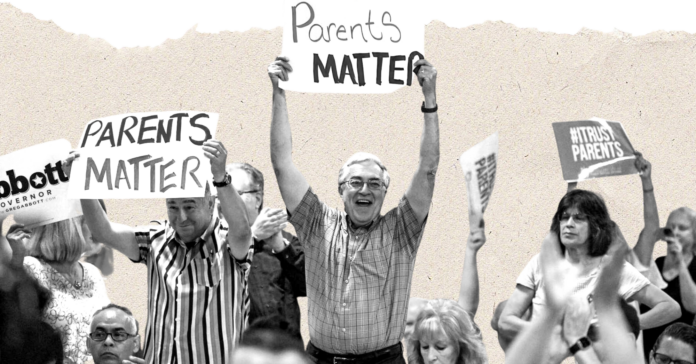 As the upcoming legislative session looms, some Republicans believe that this will be the one where Texas finally passes a school choice program, a variation of the voucher system that has previously failed.

State Rep. Mayes Middleton, R-Wallisville, has filed Senate Bill 176, which would create an education savings account program. It would allow parents to use state funds to pay for their children’s private school, online schooling, or private tutors.

School choice — or any program that gives parents state money to send their kids to schools outside of the state’s public education system — most commonly manifests in school vouchers that take taxpayer money away from public school districts.

Gov. Greg Abbott and Lt. Gov. Dan Patrick are calling for further support for the increasingly conservative education agenda, including school vouchers and a curriculum that excludes discussions of race, alternative lifestyles, or anything else deemed threatening to conservative sensibilities.

An advocacy campaign known as ‘Parents Matter’ was created and funded by the Texas Public Policy Foundation (TPPF) to advocate for changes to education, such as school choice and voucher systems, as well as curriculum and school library list reviews.

They have been railing against officials across the state, complaining that their children are undergoing a type of liberal indoctrination as a result of the current school curriculum — which they label as being too “woke” — the four-letter word of the year in conservative political discourse.

Their campaign is the tip of the spear in the movement seeking to spread that message at school board meetings, political rallies, and other forums, complaining loudly about the content of local libraries, and targeting local candidates with donations for opposition candidates who support their causes.

CEO Kevin Roberts, in a recent TPPF fundraising letter, railed against “Marxism,” “sexual indoctrination,” and other far-right conspiracy theories. The letter states that the group will leverage public anger over these social issues to push for a school voucher program in Texas.

The group’s efforts are largely funded by Tim Dunn and Farris Wilks, who both made fortunes in the oil and gas industry, and who use their enormous influence over the Texas Republican Party to continue to push their extremely conservative agenda. They support fossil fuel interests and seek to move Texas further right to a Christain nationalist state, which would effectively funnel tax dollars into private schools operated by conservative religious organizations.

Their stated goal has been to change the makeup of legislative and school district offices state-wide to pass a bill supporting a full voucher system, which would drastically affect the future of education in the state.

But the voucher measures are unpopular with rural voters, the base of the Texas GOP. Because there are so few private or charter schools to serve as alternatives, the idea is not as attractive as it would be in larger urban areas. And public school systems are typically one of the largest employers in small towns across the state.

And as recently as last month, the Republican-controlled State Board of Education voted 11-2 against school vouchers. However, that has not deterred groups like TPPF and their billionaire donors from preparing for the upcoming session in Austin this January.

However, educators, Democrats, and even some Republicans alike believe that the ultimate result would be an even lower quality of public education in the state. They openly oppose these efforts, but voucher advocates have seen success in other states, using limited programs at first, but growing the programs over time.

But other states have tried such programs, and there are lessons to be learned from the failure of such systems in states like Indiana, Louisiana, Ohio, and Washington, D.C.

All have shown some of the largest negative impacts on student learning ever seen among education researchers.

A private school voucher bill nearly became law in Texas in 2005 under then-Gov. Rick Perry. A former Rep. Carter Casteel still remembers a constituent who confronted her in her office that day. The resulting zealotry over the issue sometimes becomes so animated that proponents have even gone so far as to threaten their Republican representative with political action.

“He kind of threatened me, not to harm me, but that I wouldn’t be reelected if I didn’t vote for the vouchers,” Casteel, a New Braunfels Republican, said in an interview. Casteel was a public school teacher and school board member before serving in the Legislature, a staunch opponent of private school vouchers.

“I explained to him my position, and he wasn’t very happy, I remember that,” she said. “If you want your child to go to a private school, then that’s your choice and you spend your money, but you don’t take taxpayer dollars away.” She voted against the bill in 2005, saying that she was willing to lose her House seat as a result of her doing so.

The Texas House debated for hours, but ultimately the bill was rendered moot, as Rep. Senfronia Thompson discovered a procedural mistake in the bill that led to its death late into the night. Legislative support for private school vouchers never approached that level of support in Texas again, repeatedly failing since.

Pat Hardy, a Republican currently representing District 11, abstained from voting, telling Spectrum News that vouchers divert attention away from failing public schools. “We need to see what the problems are, and how these vouchers might correct or create more problems. Oftentimes, we do things that we think sound good, and in reality, it creates a greater problem.”

The TPPF was founded by James Leininger in San Antonio in 1989 to promote charter schools and voucher systems. Now Austin-based, the advocacy group has grown to support other conservative agendas. And it has two of the state’s wealthiest oil money donors backing them in Dunn and Wilks.

The group also has an initiative called “Life: Powered,” which is an effort to “explain the forgotten moral case for fossil fuels” by rejecting the global scientific consensus on climate change. They recently funded a lawsuit to prevent the expansion of clean energy, seeking to block the nation’s first major offshore wind farm off the Massachusetts coast, the Vineyard Wind project.