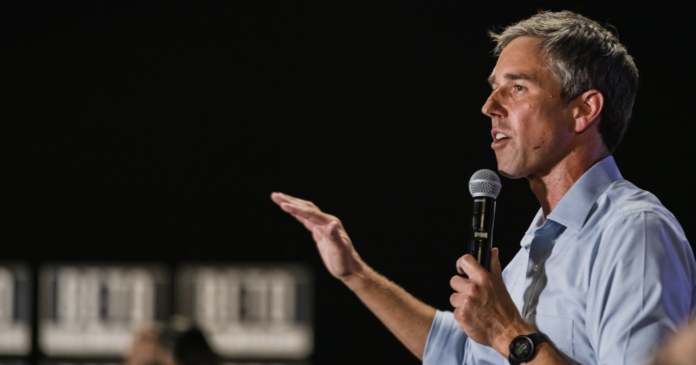 Beto O’Rourke is reserving $10 million in TV ads over the next week, according to his campaign, challenging Gov. Greg Abbott on a medium that the incumbent has dominated so far.

O’Rourke’s campaign said the reservations include $3 million on Spanish-language TV and characterized them as an initial investment for the fall. It was not immediately known when the spots would start airing.

With his cash-on-hand advantage over O’Rourke, Abbott has already spent millions of dollars on TV, blanketing the state with positive biographical ads that began airing Aug. 16. Earlier this summer, Abbott’s campaign unveiled plans to spend at least $8.8 million on TV in the fall, plus $2.75 million on Hispanic media.

O’Rourke ran his first TV ads of the general election last week to mark the effective date of the “trigger law” that bans almost all abortion in Texas. But those commercials ran only during two preseason NFL games in several major markets.

The $10 million in reservations indicates that O’Rourke is ready to start advertising on TV more seriously. And while it will come after Abbott has had the airwaves to himself for over two weeks, it still represents a massive expenditure for a Democratic candidate for statewide office in Texas.

O’Rourke’s campaign did not immediately release the ads it will be airing as part of the $10 million buy. But O’Rourke spokesperson Chris Evans made it clear the commercials will be critical of Abbott.

“We are going to ensure that every Texan knows exactly how Greg Abbott has failed them over the last seven years — from jacking up their energy bills and defunding their public schools to his extreme attacks on health care and his inability to keep kids safe,” Evans said in a statement.