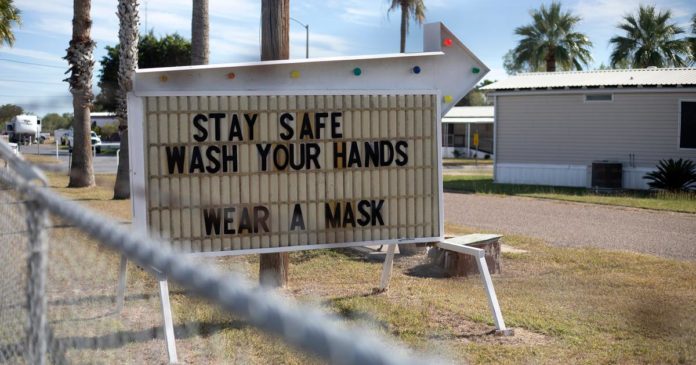 The first known case of a new and possibly more contagious coronavirus strain has been reported in Texas, in an adult male resident of Harris County who had no history of travel, according to the state health services department and County Judge Lina Hidalgo.

The variant known as B.1.1.7 was first identified in the United Kingdom, where it has spread quickly, and cases have been found in several U.S. states, including California and Colorado. It does not cause a more severe disease, and vaccines “are expected to be effective against it,” the health services department said, citing the existing scientific evidence.

“The fact that this person had no travel history suggests this variant is already circulating in Texas,” said Dr. John Hellerstedt, commissioner of the state’s health services department. “Genetic variations are the norm among viruses, and it’s not surprising that it arrived here given how rapidly it spreads.”

The announcement comes as the Harris County region had to roll back business capacity after having a high number of hospitalized coronavirus patients for several days. Confirmed newinfections and hospitalizations in the state are both at record highs, though the state is also testing more people. Airline passengers traveling from the U.K. to the U.S. must now test negative for the virus before departing.

“This is disturbing. Along with our recent trends, we could be on the road to a crisis if we don’t change our behavior NOW. Do your part,” Hidalgo said in a Thursday tweet. The case is being investigated by Harris County Public Health and the state health services department, which said the strain is thought to be responsible for a small portion of current coronavirus infections in the state and country.