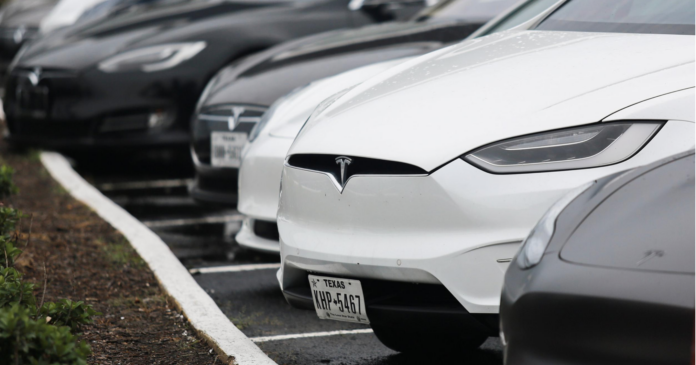 The Austin-based electric car company Tesla wants to leverage an expiring state tax incentive program to build what could be the nation’s first plant that produces battery-grade lithium hydroxide, which electric cars require for energy storage purposes. Tesla applied for a tax break under a state program that would enable the company to potentially avoid millions in property taxes to build the projected $375 million plant in Nueces County.

The program, referred to as Chapter 313 after its section in the state’s tax code, was designed to incentivize businesses to set up shop in Texas by offering 10-year property tax breaks. A bipartisan group of legislators ensured that what has become Texas’ largest corporate tax incentive program would not continue after it’s set to expire at the end of 2022.

The impending end of Chapter 313 has touched off a rush of applicants, state officials testified at a legislative hearing this week, as the state’s energy and manufacturing companies try to lock in massive property tax breaks before time runs out.

“We anticipated that there would be some amount of uptick,” Korry Castillo, associate deputy comptroller for the state, told the Texas House Ways and Means Committee on Thursday. “I will cut to the chase and say it is way more than what we anticipated.”

Supporters say the program has been a key tool in drawing business to the state.

But critics argue many of those businesses may have landed in Texas without the program, which they say lacks accountability and is burdensome to taxpayers in the state.

Tesla hopes to build the lithium hydroxide refinery amid increasing demand for electric vehicles that has caused the lithium market to surge. Between June 2021 and June 2022, the price of the lightweight metal increased more than sixfold, according to Trading Economics.

Tesla CEO Elon Musk has publicly expressed interest in the lithium market, referring to the processing business of the rare metal as a “license to print money” during an earnings call in July. If the project moves forward, Tesla said it would be the first of its kind in the United States. In 2021, China processed 40% of raw lithium in the world.

Tesla hopes to expand the country’s presence in the lithium production market. The application states construction could begin by the end of 2022, with an aim to be operational by the end of 2024. No construction contracts have been made and no permits have been obtained, the application said. The company said it is also considering a location in Louisiana for the project.

“In the case of the investment on this proposed project in Texas, the decision will be based on a number of commercial and financial considerations, including the ability to obtain relief regarding local property taxes,” Tesla’s application said.

According to an analysis by the Austin American-Statesman, the tax program could save Tesla about $16.2 million in taxes.

Under the Chapter 313 program, manufacturing and energy companies apply to the local school district for a 10-year discount on their property tax bills in exchange for building or expanding in the community and, in a number of cases, creating new jobs. The Texas comptroller’s office must also approve those agreements.

Forgone revenue for public schools is made up for by the state. Schools can also sign agreements directly with the companies for a supplemental payment in exchange for approving the tax break.

During the 2021 regular legislative session, advocates and lawmakers from both sides of the political aisle teamed up to kill legislation extending the program, saying the agreements do not deliver the promised benefits and waste tax dollars. Gov. Greg Abbott did not respond to calls for a special session to renew.

Lawmakers are discussing ways to revive some form of it during the next legislative session, starting in January.

Disclosure: The Texas Comptroller of Public Accounts has been a financial supporter of The Texas Tribune, a nonprofit, nonpartisan news organization that is funded in part by donations from members, foundations and corporate sponsors. Financial supporters play no role in the Tribune’s journalism. Find a complete list of them here.