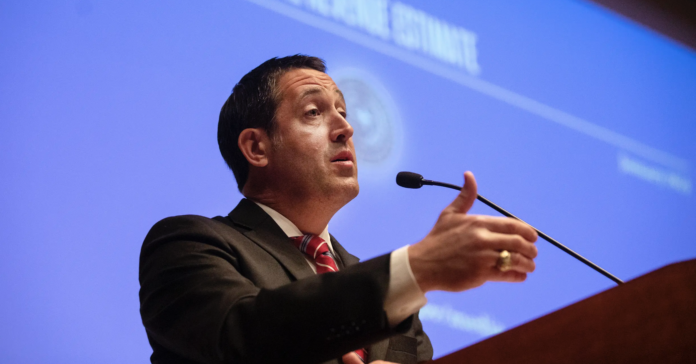 Texas Comptroller Glenn Hegar threatened to block Harris County from enacting its proposed $2.2 billion annual spending plan over accusations that officials in the state’s most populous county have cut spending on its constables — even though those offices would get big boosts to their budgets.

Hegar claims the county has violated state laws passed last year to stop cities and counties from cutting police spending in the wake of national protests following George Floyd’s death at the hands of a Minneapolis police officer.

In a letter sent Monday and first reported by The Houston Chronicle, Hegar accused Harris County officials of flouting one of those new state laws when it ended a policy last year that allowed county agencies to “roll over” unspent funds to the next year’s budget — an unusual budgeting method not seen in most Texas cities and counties or at the state level.

That led two county constables to complain to Gov. Greg Abbott’s office that Harris County officials had cut the constables’ budgets because more than $3 million wasn’t allowed to roll over to the next budget year, according to Hegar.

“I urge the Harris County Commissioners Court to review its budgetary support for its Constables Office and restore funding lost due to the decision to end ‘rollover’ budgeting,” Hegar wrote to Harris County Judge Lina Hidalgo as well as county commissioners.

Republicans used Hegar’s accusation as an opportunity to bash Hidalgo, the county’s Democratic chief executive who is seen as a rising star in the party, as she faces a grueling reelection battle in November.

“The dangerous actions taken by Judge Lina Hidalgo and Harris County represent a brazen disregard for the safety and security of the Texans they are sworn to protect,” Abbott said in a news release.

Hidalgo fired back — accusing Hegar and Abbott of spreading “outright lies,” stating that the county has only boosted law enforcement funding since she took office in 2018 and vowing to “fight this issue in court.”

“The truth is, before I took office, Harris County was not much more than a rubber-stamp for Abbott and his far-right agenda, and they resent the change,” Hidalgo said in a statement. “We’re about two months away from my re-election and they’re throwing everything — including outright lies — at the wall to see what sticks.”

In this year’s proposed budget, Harris County commissioners plan to spend almost $232 million to fund the county’s eight constable offices — a nearly 10% increase from the previous fiscal year. The two constables who complained to Abbott’s office that they were losing funds — Mark Herman and Ted Heap — would receive 12% and 7.7% budget increases under the plan compared to last fiscal year, respectively. They also received budget increases the previous year — along with the other constables.

A spokesman for Heap said the constable was “pleased” with Hegar’s move. Herman did not immediately return a call requesting comment.

In the wake of protests over Floyd’s death two years ago, Abbott and Republicans in the Texas Legislature passed laws aimed at punishing officials in the city’s Democrat-controlled urban areas if they cut spending on their police departments.

It’s unclear how those laws apply in Harris County’s case. One of the laws passed in 2021 requires counties to ask voters to approve proposed cuts to public safety budgets. If a county moves ahead with those cuts without calling an election, they’re not allowed to increase their budgets.

But that law didn’t take effect until January 2022 — 10 months after Harris County changed its budget policy to end rollovers. A spokesperson for Hidalgo said county departments had almost a year’s notice before the policy took effect — and could request to keep their unspent funds, which some constables did. Unspent funds now flow into the country’s general fund.