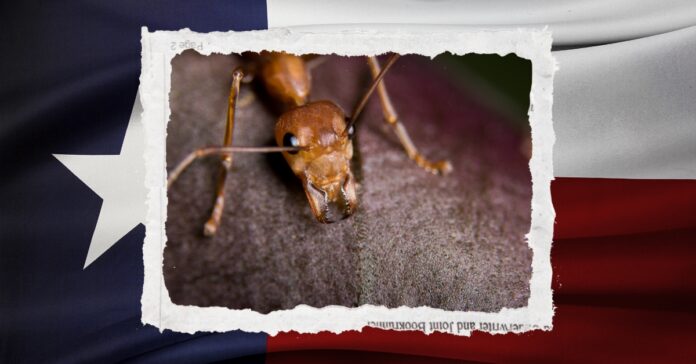 In the seventies, Solenopsis invicta, a.k.a. the red imported fire ant was identified in East Texas and caused concern for its potential impact on the ecosystem.

Efforts to control its spread, such as quarantining areas and using chemicals, were not effective. According to Texas Monthly, the Texas Department of Agriculture doused more than half a million acres with a chemical called MV-678 that was supposed to make the next generation of fire ants sterile and lazy, but guess what? It didn’t.

“People were geeked out about this,” said Robert Puckett, an entomologist at Texas A&M University who studies fire ants. “It was the first time we had an invasive ant species sweeping the state.”

Little did the Lone Star State know that red fire ants were just the beginning. Since then, Texas has faced a number of other invasive species, including feral hogs, zebra mussels, and emerald ash borers.

While these changes have had little impact on most Texans, native species don’t have the luxury of indifference. They are suffering as a result of habitat loss, pesticide use, climate change, and competition with invasive species.

As a result, many groups and individuals are working to restore the native landscape and protect native species in Texas. One Flower Mound resident Kathryn Wells, a member of the Native Plant Society of Texas and a Texas master naturalist, has built her small plot of land into a certified wildlife habitat and a monarch way station. She is gradually saving native species.

“I think the pendulum is swinging back in the direction of regenerating the land and honoring the land,” Wells told Texas Monthly. “The more I learned, the more I wanted to protect and steward my little corner of the world.”