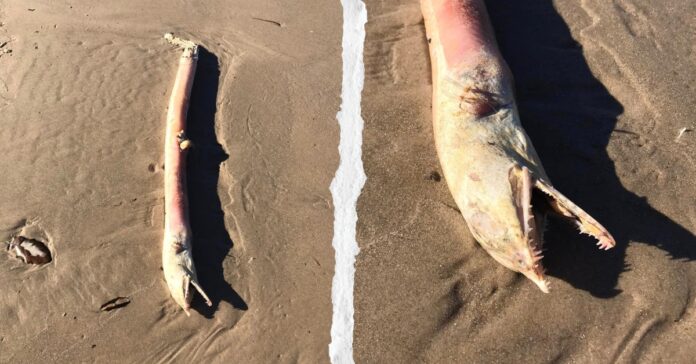 “Can someone tell me what it is?” was the first question that popped to mind when Suzanne Choate Arceneaux stumbled upon a menacing creature of the sea on Crystal Beach.

According to KHOU, Arceneaux was picking up shells on the Texas beach when she encountered the weird fish. She shared a photo of it on Facebook, asking for help in identifying it.

The comments on her post were humorous, with many people making jokes and references to movies. For example: “ It’s the sandworm from Beatlejuice,” Melanie Vanderford posted.

However, experts from the Texas Parks and Wildlife Department identified the creature as a snapper eel, which is “somewhat common” in Galveston Bay but usually stays burrowed, making it rarely seen by people.

According to the Smithsonian Institute, snapper eels, also known as spoon-nosed eels, can grow up to nearly 6 feet long.