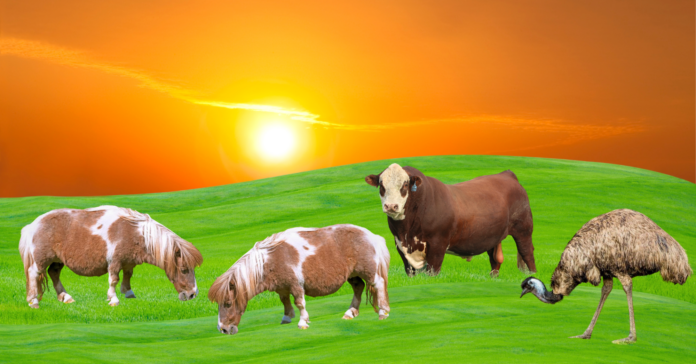 A woman in Parker County is facing charges of animal cruelty after authorities found multiple dead animals in her property.

The animals, including several miniature horses, emus, a bull and a peacock, died due to the lack of access to fresh water. That, in combination with the strong Texas summer heat, quickly became deadly.

Shamorrowia Jeanette Alexander was arrested on Tuesday according to the police. She is 31 years old and originally from Whitt. Her charges include animal cruelty to livestock animals and non-livestock animals.

There was no water source for the animals who died. When authorities arrived at her property for an animal welfare check, they were shocked to find the body of a bull decomposing in its pen, and a nearly empty feeder.

After searching the area, they found various other dead animals: a sorrel horse, two miniature horses, two emus and a peacock. All with the same lack of water sources, a small pen and extremely hot temperatures. The only two water sources in the property were far from the animals and contaminated with algae.

There were other animals who were still alive in the property, including a goat, rabbits, turkeys, and chickens. The goat was in a pen with no water, and authorities had to go out of their way to give some water to the animal after they saw none was available.
Parker County Sheriff Russ Authier urged residents who own any type of animal to make sure they have a good clean and fresh water source readily available at all times. As temperatures keep rising, animals need to be able to hydrate properly and have a space with enough shade to cool themselves.