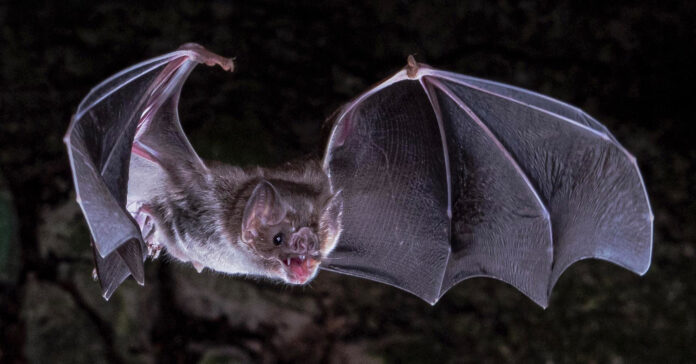 Bats are one of the most misunderstood animals. Often, they are related to horror movies, spooky places and nocturnal atmospheres. Bats, then, have a negative connotation in the public opinion and people sometimes even attack them as they don’t want to have any contact with these animals.

Texas is the state with the most variety of bats in the country and there is evidence that the so-called “vampire bat” is migrating to the Lone Star state. But, despite its name, this is not necessarily bad.

Jonah Evans, the rare species program leader at Texas Parks and Wildlife, told the Fort Worth Star-Telegram, that this rare species of bat has traditionally lived in Central America and although Evans said the vampire bat has not yet reached Texas, they are very, very near the state’s boundaries.

“The common vampire bat is moving northward from Mexico, it’s approaching the tip of Texas. In fact, there are some vampire bat rabies cases in Nuevo Leon that are farther north than the bottom three counties in Texas,” Bodenchuk said. “So we’ve got the population moving that direction and I would be surprised if they’re not really already here. We just don’t have any confirmation of that, we haven’t had any rabies cases that we can tie directly to the vampire bat. But they’re expanding their range northward and could already be in the state.”

The Texas Farm Bureau has a lot of concerns about this situation. According to them, the vampire bat has caused $47 million a year in damages through livestock predation and public health. But according to the Texas Parks and Wildlife Department, the presence of this type of bats could have a lot of benefits. This is because of a factor in vampire bats’ saliva, called Draculin, that prevents blood clots from forming and may soon be used to treat conditions like hypertension, heart failure and strokes. Also, clinical and academic studies on this species can even help predict and prevent the next pandemic. Other bats patrol farms using echolocation to catch insect prey and help save farmers billions in pest control.