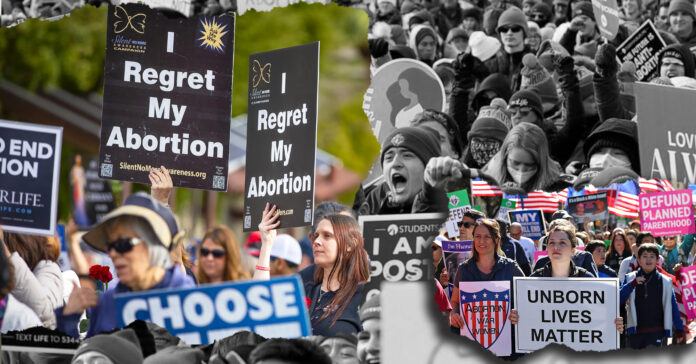 A Missouri Republican lawmaker is not content with just banning abortion in her state, she believes it is her duty to take it one step further, hoping to abolish it completely in the nation.

Since Missouri passed one of the country’s strictest abortion laws in 2019, residents have been opting to take a hike up north to Illinois where they can safely visit an abortion clinic.

State Rep. Mary Elizabeth Coleman, a prominent antiabortion lawmaker in Missouri, is appalled by the number of Missouri residents who seek this loophole and believes she has found a solution.

The unusual new provision introduced by Coleman would allow private citizens to sue anyone who helps a Missouri resident obtain an abortion out of state, using the novel legal strategy behind the restrictive law in Texas that since September has banned abortions in that state after six weeks of pregnancy, as reported by The Washington Post.

“If your neighboring state doesn’t have pro-life protections, it minimizes the ability to protect the unborn in your state,” said Coleman.

The measure targets anyone even tangentially involved, from the hotline staffers who help make the appointment to the doctors who handle the procedure. It would also make it illegal to manufacture, transport, and possess abortion pills in Missouri.

The need to tackle conservative items in the utmost radical way possible is not a new trend for Republican lawmakers. Banning doesn’t cut it anymore, there must always be some kind of witch hunt involved for them to feel triumphant.

For example, a few years back, a GOP Texas lawmaker unsuccessfully tried to make abortion punishable by the death penalty.

In 2019, Texas Rep. Tony Tinderholt  introduced the “Abolition of Abortion in Texas Act,” or House Bill 896, to “protect the rights of an unborn child.” A bill that would remove the exception for abortion in the state’s penal code for criminal homicide, meaning women who received an abortion and physicians who perform the procedure could be charged with assault or homicide which is punishable by death in Texas.

Tinderholt had already introduced a similar bill in 2017 but had to be put under the protection of the Texas Department of Public Safety after receiving death threats.

Both bills eventually died in the committee.

For Coleman’s law, it’s probably just a matter of time. Abortion rights advocates will not go down without a fight.

They are arguing the measure is unconstitutional because it would effectively allow states to enact laws beyond their jurisdictions.

“A state’s power is over its own citizens and its own geographical boundaries,” Myers said. “These are limits imposed by the federal constitution and federal law.”

However, she said it still might succeed in deterring out-of-state abortions. Like the Texas abortion law, it can have a chilling effect, paralyzing doctors who fear there might be legal repercussions, even before the courts have an opportunity to intervene.

For the time being, Coleman takes a lead amongst her Republican companions as one of the most radical conservatives in the nation. Taking her place on the podium alongside, Texas Gov. Greg Abbott with his “anti-gender-affirming care” persecution of Transgender kids families and Florida Gov. Ron DeSantis’ LGBTQ+ “Don’t say gay bill.”

Olivia Cappell from Planned Parenthood said it best: “This is bonkers.”