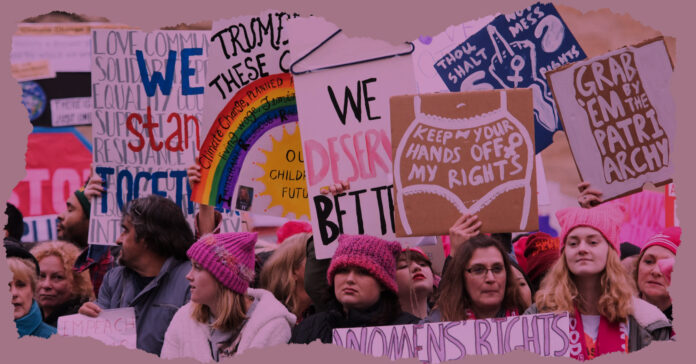 On Tuesday, Gov. Greg Abbott was reelected for a third term. During his campaign, his main focus was border security and touting Democratic President Joe Biden’s unpopularity in Texas. This begs the question: What is next for Texas? More specifically, what is next for women’s rights?

Democratic challenger Beto O’Rourke’s campaign relied heavily upon the anger over the overturning of Roe v. Wade, meanwhile, during his long political career, Abbott has made a name for himself defending extreme policies that restrict a woman’s right to make her own personal medical decisions.

Greg Abbott said: “My pro-life position has been unwavering throughout my personal life and political career.”

Abbott has made it clear from his stance on the U.S. Supreme Court overturning Roe v. Wade, that he believes the government should interfere in decisions best left to a woman, her family, her doctor, and her faith.

“Texas will always fight for the innocent unborn, and I will continue working with the Texas legislature and all Texans to save every child from the ravages of abortion and help our expectant mothers in need,” read a statement released by Abbott.

“Help our expectant mothers in need.”

Abbott not only supports Roe v. Wade, but he also made it his mission for Texas to be the state with the most restrictive abortion laws. Texas bans abortions at all stages of pregnancy unless you have a life-threatening medical emergency. The law does not provide exceptions for cases that involve rape or incest.

The ambiguity of Texas anti-abortion law hasn’t caused any direct deaths from lack of treatment, but doctors are reporting many dangerous and unnecessary close calls.

As attorney general, Abbott defended a law requiring abortion providers to perform a mandatory ultrasound, forcing doctors to provide state-mandated, ideological materials to their patients. Later on, he supported efforts to block access to affordable health care for tens of thousands of Texas women and stripped Planned Parenthood health centers of funds to provide lifesaving cancer screenings and care.

More recently, the Texas Legislature has refused to expand Medicaid -as 38 states have already done- and as a result, 406,000 Texas women are uninsured. That is 1 in 5 working-age Texas women that are uninsured- twice the U.S. uninsured rate of women.

Due to the resistance to expand Medicaid, many Texas healthcare advocates worked towards achieving the passage of House Bill 133 in 2021, thus extending postpartum Medicaid coverage for new mothers from two months to six months – but the fight is far from over, the Texas Department of State Health Services determined that almost one in three pregnancy-related deaths occurred 43 days to a year after the end of pregnancy.

In 2013, when running for Governor for the first time against Texas State Sen. Wendy Davis, Abbott said: “There is nobody in the state of Texas who has done more to fight to help women than I have in the past decade.”

However, his track record shows his career has shown hostility towards women from the start, from Judge, to Attorney General, to Governor. So, what can we expect from him going forward?