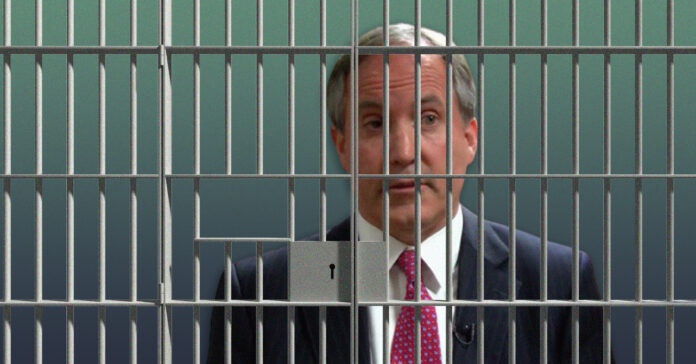 Texas Attorney General Ken Paxton may still be under indictment, but it’s unlikely that he’ll be in court before the 2022 midterms where he’ll face re-election.

The chronicle of Paxton’s legal woes is long and sordid, but in short, he was indicted for securities fraud in 2015 shortly after becoming attorney general. As the state’s top lawyer, he has been able to slow-walk the investigation for years, fighting over minutiae such as pay for the special prosecutors and the venue his trial will eventually be held in.

Despite his indicted status, and a federal investigation opened into his possible misuse of his office to help wealthy friends and donors, Paxton has had little trouble holding his office. He sailed to an easy re-election in 2018 and handily won the Republican primary by nearly 30 points over his closest opponent.

A look at the public trial documents available makes it unlikely that a court date may disrupt his election in November. His latest appeal was filed on May 18 over the subject of changing the venue from Harris County and failure by two Democratic judges to properly follow the ruling from a higher court regarding order of payment.

A similar appeal was filed in January 2018, a matter that didn’t make it before the court until well after that year’s election. With Paxton’s well-established ability to slow the legal mechanism to a crawl, it is virtually impossible that he will allow any more courtroom drama before Election Day. Considering at least one full calendar year has passed with no movement on the case at all, it’s reasonable to assume he’ll find away to stay off the docket until the votes are counted.

Nor does Paxton seem overly concerned with his legal woes. In recent appearances, he doesn’t even acknowledge the threats he is under, and saves most of his speaking time for lambasting Democrats over social issues. For all that Land Commissioner George P. Bush tried to make the case during the primary that Paxton’s indictment made him unfit for office, it does not appear that the voters felt the same.

Nonetheless, there is only so much deflecting even the Texas attorney general can do. Paxton may have kept his indictment and FBI investigation on the public’s back burner, but he still has powerful enemies massing. One of those is the Texas State Bar, who is considering reprimands to Paxton over his claim that the 2020 presidential election was stolen.

The bar has not filed formal suit yet, but is pursuing internal discipline against the attorney general. Paxton has repeatedly claimed that there was widespread voter fraud to deny former President Donald Trump, himself under federal investigation, a second term. Paxton has not produced any evidence of systemic voter fraud, but his allegiance to the Big Lie has made him a minor star in Republican circles.

Seven years is a very long time for the people of Texas to wait for justice against Paxton, but it’s clear that they will wait quite a bit longer.