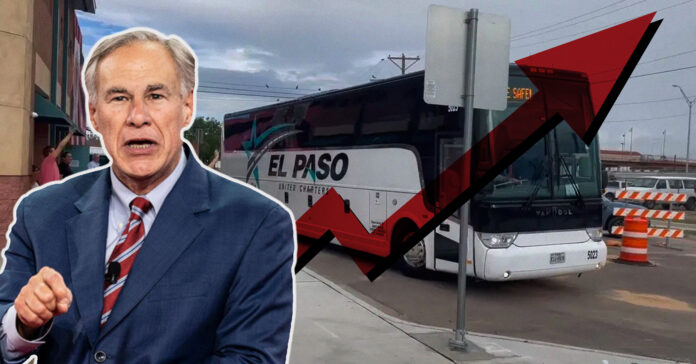 For nearly a century, Texans have insisted that slowing or stopping migrants from the south is essential to the economic well-being of the state despite the obvious necessity of laborers who work in various industries. That vaguely schizophrenic belief is currently the mantra of Governor Greg Abbott.

In an attempt to appear tough on border security, Abbott has spent millions of dollars busing border crossers out of Texas, mostly to blue cities like Washington D.C. The plan seems to have been to drop migrants off and watch Democrats scramble to enact harsh policies against them and expose the hypocrisy of liberals. This has mostly backfired as communities have embraced the people shipped off by Abbott and like-minded governors and migrants find better conditions in states with greater social resources.

However, that doesn’t mean that Abbott’s actions have been without negative effect. Between tighter restrictions on the border, more raids on migrants already in the country, and the busing stunts, Texas businesses are hurting for workers. This contributes to the already high inflation.

According to Chris Tomlinson at The Houston Chronicle: “Demand for labor is highest for workers willing to accept low wages, particularly in restaurants and hotels. More than 87 percent of hotel managers say they cannot find enough workers, the American Hotel & Lodging Association reported. Hotels had 115,000 jobs open in August. Nursing homes and home care providers report a massive shortage of workers for positions that low-skill immigrants could quickly fill. Most of these openings are jobs that Americans do not want.”

This need for low-wage workers combined with an antipathy to allowing them to stay and benefit from their labor has sadly been a part of Texas history since at least 1924. Farmers and ranchers who were entirely dependent on Mexican workers nonetheless fought to make sure they could not become citizens and change the white-majority demographics of the state. The Border Patrol was often used to kick workers out of the country, sometimes without the pay they had earned.

The simple fact is that Texas needs migrants to continue to operate. Contrary to popular Republican rhetoric, immigrants, legal or not, pay $1.5 billion in taxes to the state annually. That number should count more considering that many services are unavailable to them as non-citizens, meaning they contribute far more than they take in.

Immigrants also make up a quarter of the state’s workforce, contributing over $100 billion to the state economy annually. They are the backbone of construction, agriculture, and manufacturing businesses in Texas. Almost half the building services workers in the state are immigrants, and 42 percent of the meat processing workers were not born in the state.

As Abbott continues to make Texas hostile to migrants, even when he is not outright shipping them out of the state, he is slowly eroding the base of the economic pyramid. Businesses will have to pay more to hire native born workers or simply stop functioning. Either will drive prices up as conservatives try to wave away economic woes with a lie about parasitic border crossers.