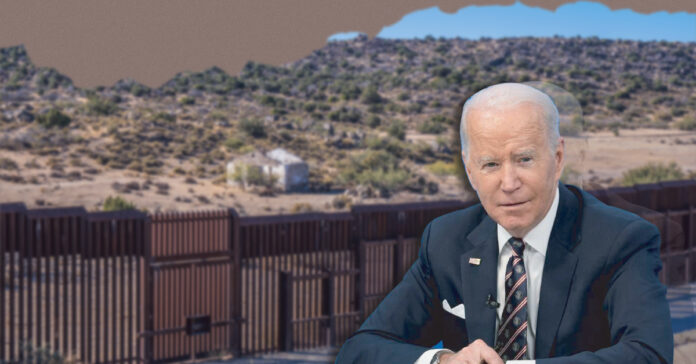 WASHINGTON, March 30 (Reuters) – U.S. health officials are planning to end a sweeping, pandemic-related expulsion policy that has effectively closed down the U.S. asylum system at the border with Mexico by May 23, a U.S. official familiar with the matter told Reuters, adding that the decision had not yet been finalized.

A draft notice by the U.S. Centers for Disease Control and Prevention (CDC) stated that the so-called Title 42 order blocking asylum seekers was no longer needed to protect U.S. citizens from COVID-19 and that the May 23 date would give border authorities time to prepare for its end, the official said.

A second U.S. official told Reuters the CDC is set to lift the order as early as Thursday with a delayed effective date of a month or longer. Both officials requested anonymity to discuss internal planning.

Leading Democrats, medical experts and the United Nations have urged the United States to end Title 42, but Republicans argue it will encourage more migrants to enter illegally at a time when border crossings are already breaking records.

The order was put in place in March 2020 during the administration of former Republican President Donald Trump to curb the spread of coronavirus in crowded border facilities. Since then, more than a million migrants apprehended at the border have been rapidly expelled to Mexico or other countries, often within hours of being caught and without a chance to ask for refuge in the United States.

Democratic President Joe Biden, who took office in January 2021, said on Wednesday that his administration would make a decision regarding the policy “soon.”

A spokesperson for the CDC, which issued the order, said the agency was finalizing a standard 60-day review of it and would release more information later this week.

The Biden administration has kept Title 42 in place despite fierce criticism from his own political party and campaign promises to reverse Trump’s hardline immigration policies. Read full story

Border arrests soared to record levels in 2021 during Biden’s first year in office and are expected to climb even higher this year.

U.S. Department of Homeland Security (DHS) officials said on Tuesday they were preparing to handle a sharp spike in border crossings, but that it remained unclear whether lifting the COVID-era order would increase migration. Read full story

DHS said on Monday that it had started giving COVID-19 vaccines to migrants in custody at the border.

The Biden administration rolled out a major regulation last week that aims to speed up asylum processing and deportations at the U.S.-Mexico border and which is set to take effect in late May, close to the time Title 42 would be ended. Read full story

The Associated Press first reported the plans to terminate the order by May 23.

Advocates and U.N. officials have argued that Title 42 forces migrants back to precarious and dangerous conditions in Mexico. Human Rights First, an immigrant rights organization based in New York, has documented nearly 9,900 kidnappings and other attacks on migrants stuck in Mexico due to the Title 42 order since Biden took office.

Senate Majority Leader Chuck Schumer, a Democrat, has called Title 42 a “terrible and inhumane policy” and urged Biden to “stop the madness” of leaving it in place.

Republicans have blasted Biden for his approach to border security as they aim to take control of Congress in the November mid-term elections. Texas and other Republican-led states have sued to block Biden’s immigration moves and could potentially challenge the decision to end Title 42.

Early in his presidency, Biden exempted unaccompanied children from the expulsion policy, but a federal judge in Texas ruled on March 4 that minors could not be excluded in a case brought by the state of Texas against the administration. Read full story

In a separate ruling on the same day, a federal appeals court said the United States can continue to use Title 42 to expel migrant families caught crossing the southwest border, but should not send them anywhere they could be persecuted or tortured.