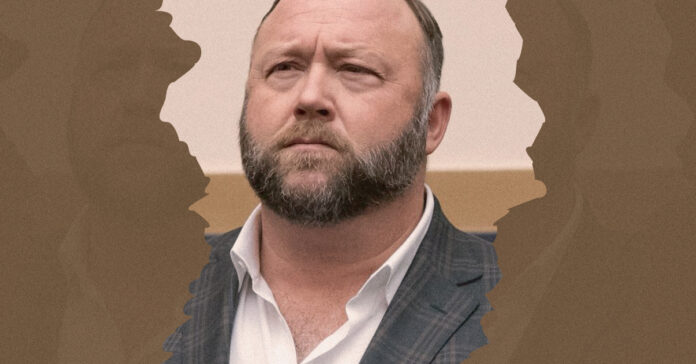 March 30 (Reuters) – A Connecticut judge on Wednesday held conspiracy theorist Alex Jones in contempt and fined him $25,000 a day until he sits for a deposition in a defamation lawsuit filed by relatives of the victims of the 2012 Sandy Hook school shooting.

Jones, founder of the right-wing Infowars website who claimed the shooting was a hoax, failed to comply with court orders to appear at a deposition on March 23 and 24, Connecticut Superior Court Judge Barbara Bellis said during an online hearing.

His lawyers had sought to explain his absence by claiming that “Jones was remaining at home under his doctor’s supervision when, in fact, he was working at his studios and broadcasting his show,” Bellis said, referring to a podcast produced by Jones.

She set an April 15 deadline for Jones to complete a two-day deposition, a goal that would “purge” the contempt ruling. Starting April 1, the court would assess a fine of $25,000 each weekday until he sits for the deposition, the judge ruled.

“Alex Jones willfully and in bad faith violated without justification several clear court orders requiring his attendance at his depositions,” the judge said.

The defamation suit has already been decided in favor of the families of the shooting victims, with the judge saying in November that Jones defaulted by failing to provide documents and is responsible for damages to the plaintiffs. Read full story

The online hearing on Wednesday took place a day after Sandy Hook families rejected an offer by Jonesto pay $120,000 to each of the 13 plaintiffs to settle the lawsuit.

The plaintiffs are suing Jones in response to his claims that the shooting, which left 20 children and six school employeesdead, never happened.He had claimed the incident at the Sandy Hook Elementary School in Newtown, Connecticut, was fabricated by gun-control advocates and mainstream media. Read full story

In response, several parents sued Jones and Infowars, as well as its parent company, for defamation in both Austin, Texas and in Waterbury, Connecticut. Infowars is based in Texas.

According to court records, his rejected offer to the plaintiffs included a statement that read in part: “Mr. Jones extends his heartfelt apology for any distress his remarks caused.”

Each of the plaintiffs immediately turned down the offer, saying it was “a transparent and desperate attempt by Alex Jones to escape a public reckoning under oath with his deceitful, profit-driven campaign against the plaintiffs and the memory of their loved ones lost at Sandy Hook.”

(Reporting by Barbara Goldberg in New YorkEditing by Marguerita Choy)