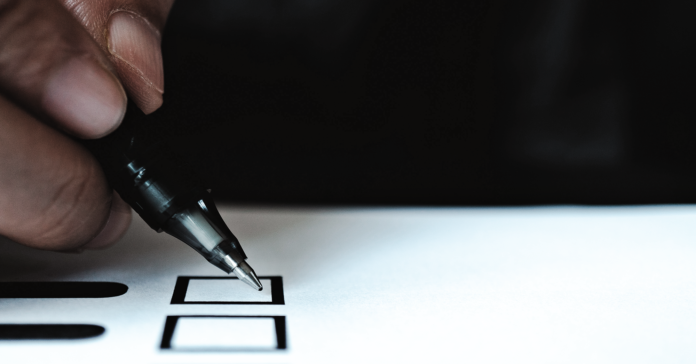 With the July 14 primary runoff elections just around the corner and the November general election now less than six months away, the fight over voting by mail is heating up in Texas as Democrats and Republicans each push their respective positions for and against.

Several lawsuits are pending. Some seek to lift restrictions on voting by mail for health and safety reasons amid the COVID-19 pandemic. Others challenge rules that require voters to pay postage to return mail-in ballots or meet other requirements that they claim are burdensome, and possibly unconstitutional.

Democrats want to remove restrictions on voting by mail in part because they view it as a safer alternative to in-person voting during the remainder of the primary season and the November general election. Polling indicates a majority of American voters are in agreement.

While Democrats use the pandemic as leverage for change, Republicans are hunkered down in defense of the status quo . They argue fear of contracting coronavirus is not a reason to expand mail balloting. They say the existing system of limiting mail-in voting to certain groups, including the elderly and disabled, protects against voter fraud.

“Republicans are worried about voter fraud and an expanded electorate,”  said Brandon Rottinghaus, professor and Pauline Yelderman Endowed Chair of political science at the University of Houston. “Democrats are worried that in-person voting favors a more activated Republican base comfortable voting in a pandemic.”

“With the loss of straight-ticket voting, Democrats would like voters to spend more time with a mail ballot, allowing voters to more easily vote the party choices at the bottom of the ballot, also avoiding long lines at the polls,” he said.

“Republicans’ biggest advantage in a presidential election year is a well-oiled turnout machine and a fired-up base,” Rottinghaus said. “A switch to mail ballots robs them of that might.”

Across the country, Democrats’ lawsuits challenging voting by mail laws have forced the Republican National Committee to spend up to $20 million to defend restrictive mail-in voting laws.

In Texas, it’s an all-out partisan brawl with no signs of a truce in sight.

Leading the charge for Republicans is Texas Attorney General Ken Paxton. As Reform Austin has reported, Paxton has moved aggressively to try to overturn a ruling by a Democratic state district judge in Travis County that expands mail-in voting in July, when the pandemic almost certainly would remain uncontained.

Paxton moved swiftly to appeal State District Judge Tim Sulak’s April ruling allowing voters who fear exposure to COVID-19 at the polls to claim the disability exemption and request a mail ballot.  He then followed up with letters warning county judges and election officials that COVID-19 doesn’t qualify as a disability under state law.

In Paxton’s view,  Sulak’s ruling is set aside while the appeal is pending and those who break the law in the meantime should be punished. A state appeals court thought otherwise and tossed aside that argument in a ruling issued Thursday.

The appellate court decision has Paxton pinning his hopes on the Texas Supreme Court, which is made up of all Republicans. The attorney general on Wednesday asked the high court to order election officials in Dallas, Harris and Travis and other counties to follow state laws and stop issuing applications for mail-in ballots for people he claims are not eligible under existing state law.

“Each misapplication of Texas election damages the integrity of our elections and increases the risk of voter fraud,” Paxton said in a statement. “In-person voting is the surest way to prevent voter fraud and guarantee that every voter is who they claim to be and has a fair opportunity to cast their vote.

“It is unfortunate that certain county offices have refused to perform their duties and have instead unlawfully gone beyond the Legislature’s determination of who is eligible to vote by mail. My office will continue to defend the integrity of Texas’ election laws.”

“After a month of thousands of mail-in ballot requests sent by Texans who are under the age of 65, Paxton now wants to upset the election process,” Texas Democratic Party General Counsel Chad Dunn said in a statement. “Apparently, none of the counties agree with Ken Paxton’s view that everybody under the age of 65 has to vote in person during a pandemic and the court shouldn’t either.”

“The Legislature provided for vote-by-mail in these pandemic circumstances,” Dunn stated. “Whether the state courts or the federal courts resolve the matter, a citizen’s right to vote will be protected.”

During the Wisconsin primary last month, at least 19 people who voted in person or worked at polling locations tested positive for COVID-19. Democratic Gov. Tony Evers lost his battle to delay the election until June, setting off a partisan battle over in-person voting during the pandemic.