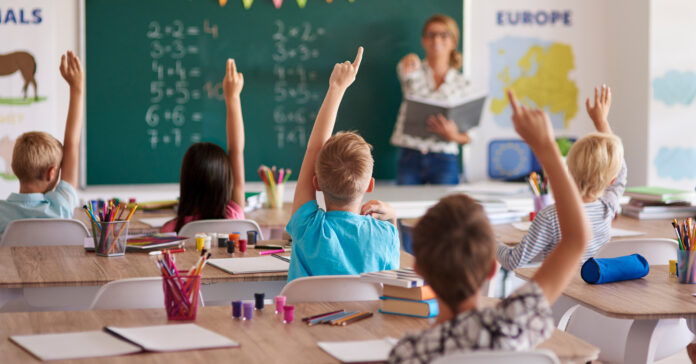 It’s been a hard two-years for public schools. When the coronavirus pandemic emerged in late 2019 and early 2020, school officials had to figure out how to protect the safety of the children in their charge while still teaching them the information and skills they need to know to be successful.

Most schools closed after their Spring break in 2020 and didn’t meet in-person again until the Fall of that year. During that period of time, they experimented with virtual instruction which seemed to pale in comparison to face-to-face interaction. Fareed Zakariah points out in his book Ten Lessons for a Post-Pandemic World that, “Education by video has left students drained and uninspired, craving the actual human contact with professors and peers, that is at the heart of learning.”

Still, by most accounts, educators emerged as heroes for the way they handled schools during the pandemic. With more time at home alone assisting with the education of their children, many parents suddenly realized just how hard of a job teachers actually have.

Fast forward to 2022 and things seem to have changed – at least from the vantage point of veteran educators. Starting in the Fall of 2021 politicians and right-wing community members seem to have launched an all-out attack on school administrators and teachers over mask mandates, transgender rights issues, critical race theory, and the alleged presence of pornographic books in school libraries.

After those in their political base attacked public schools, right-wing politicians exacerbated the issue by jumping on the bandwagon against educators. In Texas this included at least two state representatives and, more notably, Governor Greg Abbott.

After an uninformed and misguided attempt to get the Texas Association of School Boards to undertake the removal of library books – something for which they had no authority – Abbott rolled out a tax reform plan that many believe takes money from public schools and a parental bill of rights that seems to imply that there is a problem with the teaching of critical race theory and obscene library materials in Texas public schools.

“This upcoming session, you’re going to see a stronger, swifter, more powerful movement advocating school choice than you’ve ever seen in the history of the State of Texas,” Abbott told press at an event in Kingwood announcing his tax reform plan, leading some public school advocates to predict a push for private school vouchers.

“Vouchers are just another tax break for the super wealthy whose kids already occupy all the seats at the best private schools”, said the Coalition for Public Schools Coordinator Charles Luke. “Middle class families won’t have access to those schools, and the voucher won’t come close to covering the total cost, even if you could get your kid accepted.” Coalition members have opposed vouchers every legislative session since the beginning of the organization in 1995.

Additional assaults on public schools have come from extremist political pundits and far-right wing school board members like Michael Quinn Sullivan and Cypress Fairbanks ISD Trustee Scott Henry. Sullivan attacked teachers directly, saying that schools are a babysitting service and that teachers would be otherwise unemployable. Henry attacked black teachers by drawing a correlation between lower test scores and the number of African American teachers in a district.

All of this has led to an exodus from the public school system on the part of many teachers and administrators. A recent survey showed that one in four teachers were considering leaving the profession while in North Texas at least nine public school superintendents have announced their retirements in the last few months – including both Dallas and Fort Worth.

While none of the nine indicated that they were leaving due to work conditions, other superintendents indicate that the job is becoming nearly impossible due to the pandemic and community pressures from angry right-wing parents. “The stress level is unbelievable,” confided one superintendent who wished to remain anonymous. “If it weren’t for my faith in God I would quit today.”

A recent poll conducted by the American Federation of Teachers found that 72% of parents say their schools provide excellent or good-quality education, and 78% say they are pleased with the quality and performance of teachers, so this may be a case where a very vocal minority shored up by politicians trying to get re-elected are causing most of the stir.

During the height of the pandemic, parents with their kids at home realized the value of public-school teachers. Politicians and parents who want to eliminate public schools may want to reconsider their position.

Otherwise, Take Your Child to Work Day may be every day.