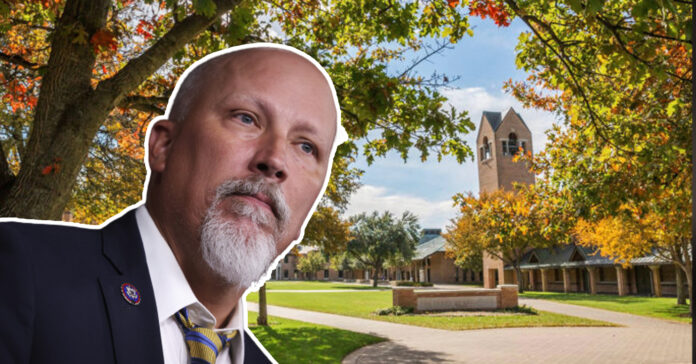 As the primary election cycle heats up toward a March 1 election, the rhetoric of some candidates has become more vociferous. Among those that seem to be clamoring for office by attacking both institutions and specific organizations is U.S. Congressman Chip Roy from Texas’ 21st Congressional District. Roy is in a primary race against three challengers and seems to be invoking strong rhetoric to prove himself to his right-wing base and to avoid a potential runoff election.

The latest institution that Roy appears to be attacking is the Texas Legislature over vouchers within the public school system. On Thursday Roy tweeted, “Hey #TxLege – no more excuses. #EducationFreedom now. Money follows the parents. End the monopoly, no more back door CRT influenced, woke education… & no more trapping non-rich kids without options. It’s time for Texas to lead on this. CC:

It is no secret that Roy is not a proponent of public education. He has been extremely vocal in his attacks on the public school system for the alleged teaching of Critical Race Theory (CRT) and for what he believes is liberal “woke” teaching going on inside of Texas public schools. While he has provided no evidence of this – even anectodally – Roy continuously turns to it as a talking point.

Earlier this month, Roy attacked the faith-based organization Pastors for Texas Children, for their statement that school choice is already provided within the public education framework. Roy’s response was characteristically harsh – “So, when a family is stuck in a school teaching their child there is no God, America is evil, they are racist, fossil fuels are evil, & heather has 12 mommies… all against their values – you say “suck it up, because we say so.” Yeah – that’s “choice.” #TakeBackOurSchools”

The next day Roy followed his response by accusing the pastors within the group of immorality and lying when he tweeted, “Immorality is a bunch of Pastors running around lying to people about the goals of school choice, trapping the poorest Texans in schools with no choice, & denying the reality of court-ordered removal of God from schools while forcing anti-American CRT education on our kids.”

Since the Founder and Executive Director of the organization – Rev. Charles Foster Johnson – is a well-known Baptist pastor and Roy is a Southern Baptist, the incident was reported by Baptist News Global, an independent Baptist news agency.

According to Mark Wingfield, the author of the Baptist News Global article, “Roy’s tweets appear to conflate or misrepresent several issues. The 1989 book Heather Has Two Mommies was one of the first children’s book addressing LGBTQ families to gain wide attention — and wide criticism. Further, there has been no “court-ordered removal of God from schools,” a possible reference to the 1962 Supreme Court decision in Engel v. Vitale that declared it unconstitutional for public schools to mandate official sectarian prayers. And the nature of “CRT” or Critical Race Theory is a highly contested issue currently being used nationwide to stir up angry parents to storm school board meetings to protest the teaching of America’s history of race and slavery.”

For Johnson, while Roy’s attacks have been directed at the Texas Legislature and ministers across the state he believes that the real attack is also against public school-teachers. “Public school employees are servants of the community,” Johnson said, “They work long hours at low pay with our poorest children. In a nutshell, they have saved children’s lives during COVID. To attack them is wrong, pure an simple, and we will call out any politician advancing a political platform at their expense.”

Coming on the heels of Texas Governor Greg Abbott’s tax reform plan and Parental Bill of Rights that also appear to attack public schools, Roy’s comments are seen by many as an attempt to shift money away from public schools in an effort to starve them financially and hasten profitable privatization efforts. According to Mark Terry, the Deputy Executive Director of the Texas Elementary Principals and Supervisors Association (TEPSA), such efforts destroy communities.

“Public schools across Texas are the center of neighborhoods serving families and children no matter their circumstances, Terry said. “Calls to divert money from our traditional public schools tear at the fabric of our communities whether rural, suburban, or urban. Public schools are just that, public, headed by locally-elected officials beholden to the voters of our towns and cities. Bleeding funds from our school districts tears at the heart of providing for the public good that is our local public school.”

The political strategy behind Roy’s tweets attacking the legislature, ministers, neighborhood schools, and educators seems mystifying – especially right before a primary election – but it may stem from his understanding of a larger GOP plan.  Last year Roy was secretly recorded stating that the party wanted “18 months” of chaos before 2022’s midterms in order to stall bipartisan activity. While Roy was speaking about Washington D.C. politics primarily, he may have transferred this “chaos strategy” to his own election campaign in Texas.

Roy’s attacks on public schools and teachers is not uncommon among right-wing politicians during this campaign cycle. By demonizing teachers, extremist politicians like Roy hope to instill fear in their base and mobilize them to vote for them against more moderate candidates. Whipping voters into a frenzy over imagined evils is a tactic as old as politics itself, but by adding lawmakers and the church to the mix, Roy may have overplayed his hand.

Voters need to determine whether they want a Congressman with positive policy positions that help citizens or someone like Roy that seems to want to attack our most venerable institutions and the people that serve in them in order to achieve chaos. A policy of anarchy is no place from which to lead.