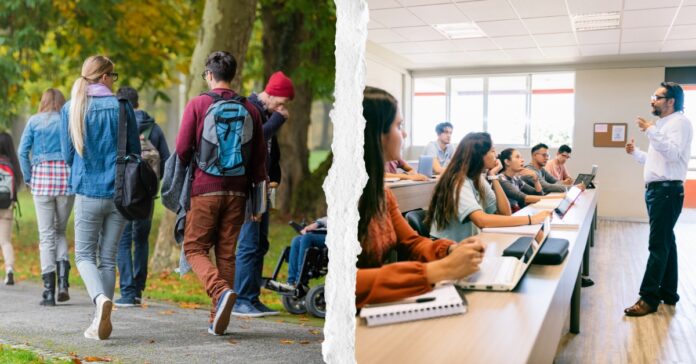 Given the size of the Texas state budget surplus of over $32 billion, the leaders of the state’s six largest public university systems are offering to keep undergraduate tuition at current rates for two academic years if the state legislature allocates $1 billion toward higher education, otherwise, they say they will have to once again increase rates.

The chancellors made their case in the letter that today’s students require more hands-on tutoring and advising, increased mental health support, and better technology services at a time when “inflation, supply-chain delays, and skilled labor shortages” are creating challenges.

“Our education mission is funded almost entirely by two sources of funding: state support and student tuition and fees,” the letter states. “Without increased state support, Texas institutions must look to additional efficiencies and then tuition and fees to be able to continue to maintain high quality education. In order to hold tuition flat for our students and their families, Texas universities seek increased state investment.”

The chancellors requested nearly a 7% increase to the funding formula, amounting to $352 million for instruction, university buildings, and research, saying that the state needs to increase general funding beyond enrollment growth.

In the last legislative session, lawmakers added $380 million to the two-year state budget — at the last second — to fund student enrollment growth, according to the Texas Tribune.

Lawmakers put $486 million more into the funding formulas in 2021 compared with the previous session in 2019 — providing money for various functions within public universities, health-related institutions, and community colleges.

However, funding per semester credit hour, the measure by which the Legislature determines funding amounts that a public university receives, has declined continually since 2008, when universities received $59.02 per weighted credit hour. In the 2021 session, lawmakers only approved only a $55.65 weighted credit hour for the two current academic years.

Yet, average semester tuition and fees for full-time students at Texas public universities increased by 27% between 2014 and 2021, according to the Texas Higher Education Coordinating Board, making the latest funding requests critical.

The chancellors also proposed an $80 million increase in funding for regional universities — including schools like Texas A&M International University in Laredo — and the University of Texas at Tyler in East Texas.

They also renewed a frequent request to get additional funding for the Hazlewood Legacy Program, which provides free tuition for qualifying military veterans and their families, an estimated $276 million.

According to the chancellors, Texas universities waived $176.4 million in costs for qualifying veterans’ kids in 2021, but the state only reimbursed 13% of that cost — which shifts the cost of that program to other students who are paying tuition — which forces those universities to start with a funding deficit every biennium.

But the chancellors say additional funding would insure those schools could also help at-risk students to complete their college degrees.

Lastly, chancellors asked for funding to insure that the higher education employee health insurance costs stay the same as other state employees. That cost is an estimated $290 million. Currently, the state covers less than 80% of the rate for state employees, according to the letter.