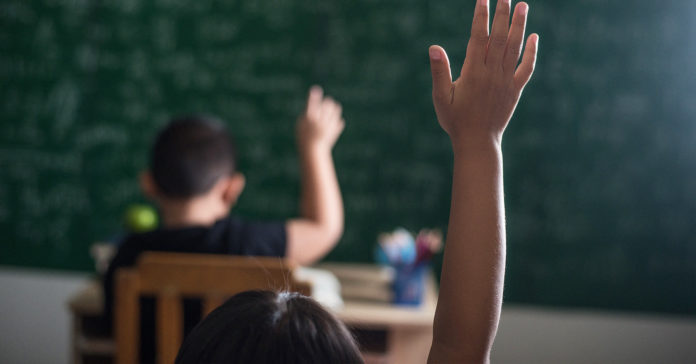 In the fall semester of 2020 the Texas Education Agency (TEA) made a decision to help public schools by providing funding for them at pre-COVID 19 levels by instituting a “hold harmless” agreement.

Hold harmless made sure that schools were not penalized financially due to student absences during the global pandemic by ensuring them state dollars for the same percentage of attendance they had the year before. With attendance down, per-pupil funding should drop as well, but districts are hoping they won’t have to face a state funding cut (even though they have fewer kids to teach).

Many want to keep the previous policy, because there is then no incentive for districts to find the kids. Others are trying to get the state to acknowledge the fiscal impact this will have on districts—which would be serious.

With the pandemic still raging the big question is whether the TEA will make the decision to continue the practice for the spring 2021 semester. It’s enough of a question to prompt 82 Texas House members, led by Rep. Steve Allison (R-San Antonio) to send a letter to TEA Commissioner Mike Morath asking that he make the decision to provide hold harmless funding for the state’s school districts. “Our school districts need full funding so they can continue to focus on student learning and mental health,” wrote Allison.

That letter was sent to TEA in late December of 2020. As of late February 2021, Texas has still not made a decision.

Morath was questioned about it by Sen. Eddie Lucio, Jr. (D-Brownsville) in a recent Senate Finance Committee meeting, when Lucio asked him if there was something that the Legislature needed to do to help provide the money.

Morath indicated that he was still collecting information and that he was planning to make a decision soon, stating that his decision might take care of the issue or “it may not.”

While Morath said “Hold harmless is a function of my disaster authority,” he also stated that the Legislature could take action by providing supplemental appropriations to fund it.

While many public school officials, advocates, and legislators may have assumed that hold harmless funding would be continued for the second semester of the school year, signals like Morath gave indicate that it may be in danger.

Later, during the same committee session, Sen. Robert Nichols (R- Jacksonville) lamented that if schools were held harmless, some school officials would not be incentivized to ensure that children were provided in-person learning.

Citing greater in-person attendance at rural schools, he indicated that many of the schools in his district were getting kids back to school by disallowing participation in extracurricular activities for those learning remotely.

“I think it’s totally inexcusable that in our urban areas that have infrastructure that we have such a high percentage of no-shows,” Nichols said. Nichols expressed his concern with continuing hold harmless funding by stating, “If they don’t even participate virtually, if you pay them anyway you’ve lost the only incentive you’ve got.”

“I know some superintendents will be mad at me,” Nichols said, “But if we go ahead and pay them for all the kids that don’t even show up there’s no encouragement for them to go.”

Although there may be some senators that believe hold harmless should not occur, many members of the Texas House believe it should be addressed. Rep. Brad Buckley (R-Killeen) believes that hold harmless funding should be provided at least at some level.

In a recent virtual meeting, Buckley recognized that the pandemic has put school districts in a difficult situation. “It is our responsibility,” he said, “to give our school districts all of the tools they need to dig out of this hole.” At least 82 of his colleagues agree as evidenced by the letter that was signed at the end of last year.

Of course, the issue will not need to be addressed by the Legislature at all if Commissioner Morath would simply grant the hold harmless to the school districts. Morath has indicated that he has the emergency power to do so.

Additionally, there is some worry that the Legislature already has too much on their plate with the pandemic, overall school finance, Medicaid expansion, redistricting and the effects of the recent Winter storm.

While there are many competing interests, the health of the education system depends on Morath’s answer. Texans are waiting.