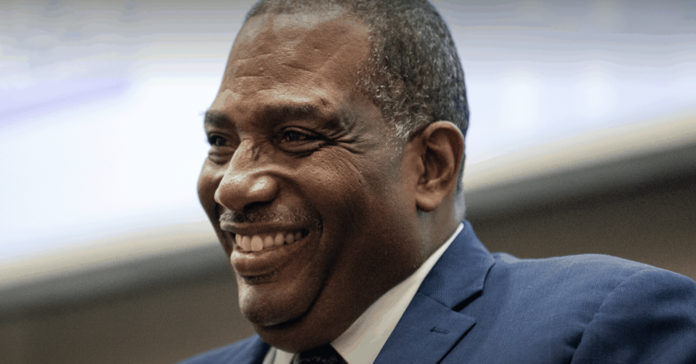 “Like President Trump, John Cornyn wants to sow racial divisions rather than actually address issues that would help African Americans in this state,” West said in a statement shared by the Texas Tribune’s Patrick Svitek. “Ask yourself, when was the last time you saw John Cornyn in our community or make campaign expenditures with African American businesses. Sounds like another politician taking the African American community for granted.

“This week, I am going to vote early, and I will be voting for Democrats on my ballot from the White House to the court house.”

Cornyn’s TV ad released on Tuesday attempts to capitalize on an apparent rift between Hegar and West. Following the first Cornyn/Hegar debate on Friday, West accused Hegar of having a “problem all along with Black folks” and said he would not be voting for her.

When asked if he is reversing his Friday statement, West simply urged voters to “vote blue.”

“Senator Cornyn’s latest desperate political stunt is pathetic and disrespectful to the millions of Black Texans he has consistently failed to fight for when it comes to health care, racial justice, and economic disparities,” said Amanda Sherman, Hegar’s Texas spokesperson. “Sadly, this BS is what Texans have come to expect from someone who has a long history of spreading race baiting rhetoric, denying systemic racism exists, and continually refusing to call out his political allies’ support of white supremacy groups.”

Recent polling puts Cornyn ahead of Hegar, but only by single digits.