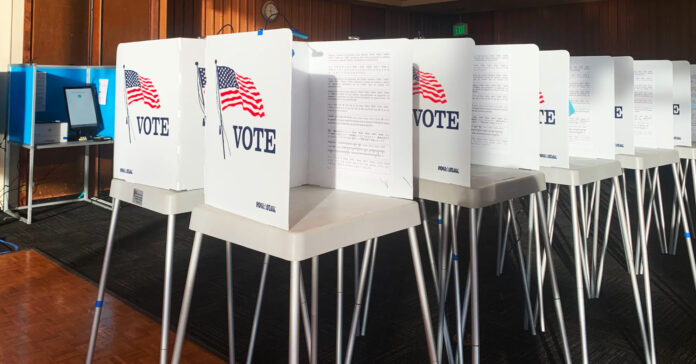 Harris County’s election officials, already under investigation from the GOP state government over Election Day operational issues, are now being served warrants from the Texas Rangers, per an order by Harris County district attorney Kim Ogg.

Ogg confirmed the investigation, first reported by the New York Times, in a statement to multiple Texas media outlets Wednesday. She requested their help Monday via email only hours after Republican Gov. Greg Abbott called for an investigation. She did so after receiving a referral from the Texas Secretary of State’s office.

Abbott called for the involvement of the secretary of state, attorney general, and the Texas Rangers in investigating “allegations of improprieties in the way that the 2022 elections were conducted in Harris County.”

Ogg, a Democrat, said in a statement the results of the investigation will be turned over to a Harris County grand jury. “It is my duty as the elected district attorney to follow the evidence and follow the law, and I will.”

Issues cited include delayed openings at some polling places openings, a shortage of paper ballots at some polls, and understaffing problems that plagued the county on election day last Tuesday.

“The allegations of election improprieties in our state’s largest county may result from anything ranging from malfeasance to blatant criminal conduct,” Abbott said in a statement Monday. “Voters in Harris County deserve to know what happened. Integrity in the election process is essential. To achieve that standard, a thorough investigation is warranted.”

The investigation follows a pattern of hostility toward Harris County officials by the state’s GOP leadership. It appears to be another in a long series of political fights over how the state’s most populous county runs its elections once Republicans lost control of the county.

GOP donors spent millions to unseat Harris County Judge Lina Hidalgo to get back the seat they lost four years ago. She was easily re-elected over Republican neophyte candidate Alexandra del Moral Mealer.

The allegations cite the release of early voting results before polls closed at 8 p.m., improper disposition of damaged ballots, and inadequate instructions on how poll workers were to manage issues. Some of the two-page paper ballots were not properly scanned into vote collection machines, per local media reports.

Tatum said his office is reviewing the election’s execution and will study it to determine how it can be done more efficiently.

On Tuesday, Tatum told Harris County Commissioners Court the county is in “dire need” of improving the way it administers elections.

In a Harris County Commissioner’s Court meeting Tuesday, some angry right-wing residents accused the Democratically controlled county of mishandling the elections, even though the election was a clean sweep at the state level for the GOP.

Tuesday dozens of protesters were joined by well-known election deniers Steven Hotze and Weston Martinez, who alleged, without citing any credible evidence, that there was widespread fraud in last week’s county elections.

Harris County Precinct 2 Commissioner Adrian Garcia said that any problems on Election Day were technological and were related to those new voting machines Harris County was forced to purchase to bring the county into compliance with the new state law.

Tatum, who just took over the job in August, replaced Isabel Longoria, the county’s first elections administrator under the newly created office.

She resigned after a problematic March primary, as problems with the new machines led to her office exceeding the state’s 24-hour deadline for the preliminary vote count, and the subsequent discovery two days later of 10,000 ballots that had not been counted in the initial tally.

“I think this is now one of the most serious efforts at election subversion in the United States in the wake of the 2022 midterms…the solution is not to prosecute and jail election officials who are just doing their jobs, even if they could do their jobs better,” he added.