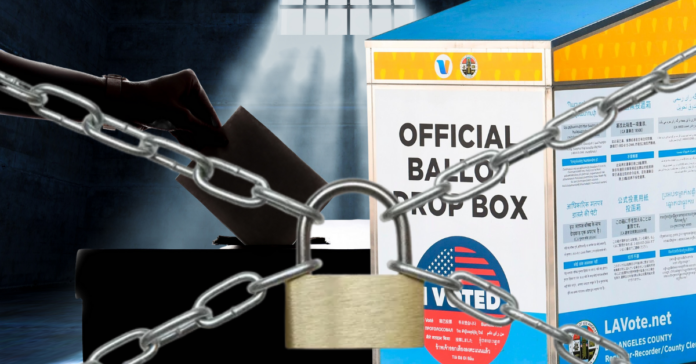 Gov. Greg Abbott called for an investigation into Harris County’s election practices last Tuesday, saying that he wanted to get answers as to why a myriad of election administration issues occurred. Delayed openings at some polling places openings, a shortage of paper ballots at some polls, and understaffing problems plagued the county on election day.

“The allegations of election improprieties in our state’s largest county may result from anything ranging from malfeasance to blatant criminal conduct,” Abbott said in a statement but did not offer further details.

He added: “Voters in Harris County deserve to know what happened. Integrity in the election process is essential. To achieve that standard, a thorough investigation is warranted.”

But Harris County Elections Administrator Clifford Tatum responded that the county is “committed to transparency” and is already participating in the state’s election audit process.

“The office is currently reviewing issues and claims made about Election Day and will include these findings in a post-elections report to be shared promptly with the Harris County Elections Commission and the County Commissioner Court,” Tatum said in an emailed statement.

Harris County Precinct 2 Commissioner Adrian Garcia said that any problems on Election Day were technological and were related to the new voting machines Harris County was forced to purchase to bring the county into compliance with the new state law.

That law mandated the new models would be used as they produce a paper backup in addition to electronically capturing voter input. GOP state legislators passed the legislation called SB1 in their post-2020 “election integrity” campaign, despite any evidence of irregularities or fraud.

“Rather than waste resources on this nonsense, Gov. Abbott ought to investigate how many permitless guns have been used in violent crime,” Garcia said.

Also Monday, the Harris County Republican Party filed a lawsuit against Tatum and the county, alleging paper shortages at some voting centers amounted to violations of the Texas Election Code.

But Harris County Democratic Party Chair Odus Evbagharu disputed the GOP’s assertions, saying that “The claim that there was, like, thousands and thousands of people who were disenfranchised, there’s no claim to that, there’s no proof of that,” Evbagharu said.

The delayed openings of roughly a dozen polling places on election day led a state district judge to allow an extra hour of voting time at those sites in response to a last-minute lawsuit filed by progressive advocates.

The Texas Civil Rights Project argued the case on behalf of the Texas Organizing Project, which sued to keep polls open. The suit stated it felt compelled to take legal action because election operation disruption earlier that day had caused voter disenfranchisement.

Hani Mirza, voting rights program director at the Texas Civil Rights Project said in a statement “We went to court because these closures and errors, especially in communities of color across Harris County, robbed voters of the opportunity to cast their ballot.”

Harris County District Judge Dawn Rogers ruled the effort was likely to prevail, and that the government had infringed upon voters’ rights, and thus she approved the additional time.

Not surprisingly, Republican Attorney General Ken Paxton’s office appealed the organization’s suit immediately, prompting the Texas Supreme Court to order the county to segregate votes cast during the extension while it reviews the judge’s action.

Paxton had previously announced that he would send a “task force” of state auditors to the heavily Democratic county to observe the election process.

However, according to the Houston Chronicle, the office appeared to have no interaction with local officials or political parties monitoring the election.

Houston Republican Sen. Paul Bettencourt said he supports the investigation, claiming “This is not about being an election denier, it is about actually reported voter irregularities,” Bettencourt said in a news release.

“This is about voter suppression because it’s simply unbelievable that in the 21st-century citizens show up to vote and can’t cast their ballots … the cause of this must be determined,” he added.

At a Tuesday meeting of the county commissioners’ court, Tatum was harassed and harangued by highly vocal right-wing members of the public. They recorded him on their phones as if he were committing a crime.

One woman wearing a shirt that says “former fetus” addressed the Democratic members of the court by quoting from the Bible, telling them that they will receive the punishment they deserve, according to Jen Rice, who was on hand to cover the court for the Houston Chronicle.

The interruptions and allegations prompted Tatum to tell those in attendance at the court meeting that “We will provide you with a full report on every aspect of the elections process.”