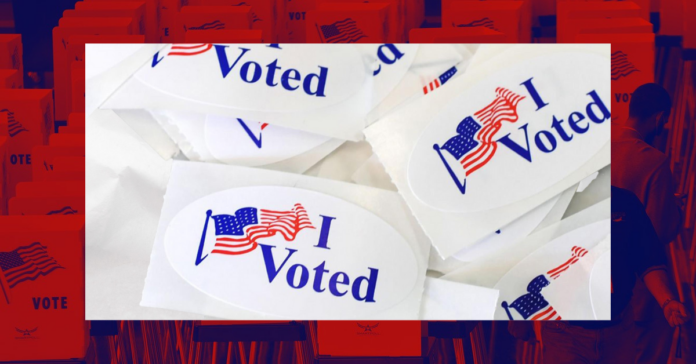 We have reached the end of the first week of early voting, and the numbers continue to show a downward trend when compared to 2020 and 2018. 2,713,970 million people voted in the first seven days of early voting. That is a turnout rate of 15.36%, according to data from the Texas Secretary of State website. 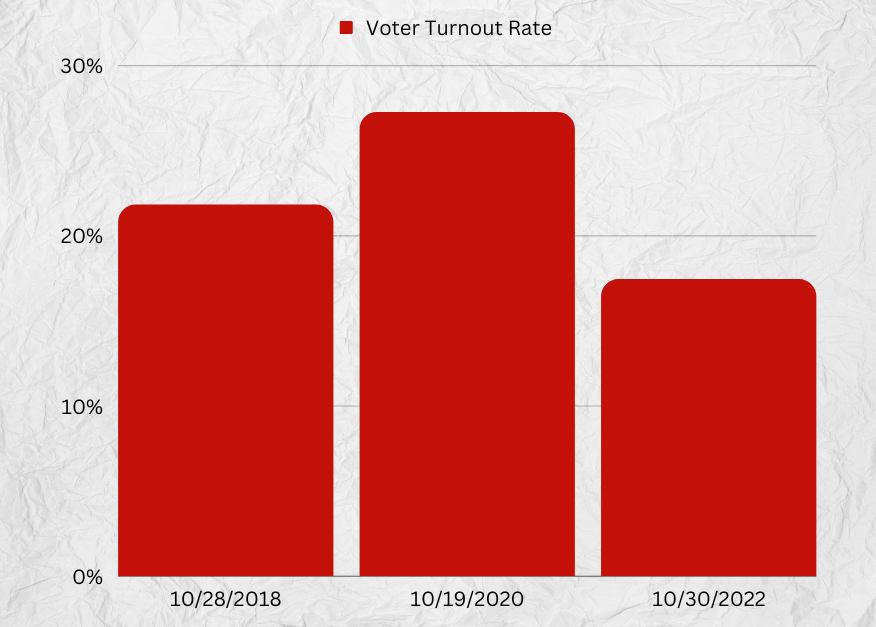 Voter turnout rate for Texas’ 16 largest counties by the end of the first week of Early Voting, according to data from the Texas Secretary of State.

Low voter turnout has always haunted Texas, even in the 2018 midterm election when the state saw a double-digit percentage point increase, it still lagged behind the national average and trailed all but 10 states, according to the United States Elections Project.

According to Ryan Data & Research, a political consulting company that focuses on voter data, if these trends continue, we will end up with 6.5 million votes cast in the election. In 2018, 8.47 million votes were cast and in 2014, the total was 4.72 million.

That would mean a turnout rate of 36.5%.
​​
Turnout from previous midterm elections is as follows:

The data suggests this midterm will look like most midterm elections in Texas, even though 2018 and 2020 turnout might have led us to believe otherwise.