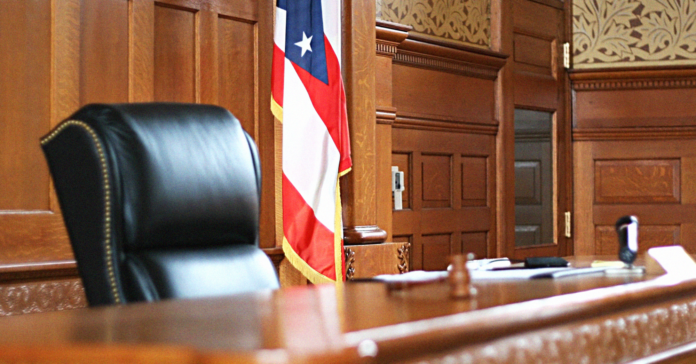 The Texas Democratic Party is declaring war on four Texas Supreme Court justices who are up for re-election in November. On Friday, the all-Republican court put the expansion of voting by mail in Texas on hold. In a news release, the Texas Democratic Party labeled the state’s high court the new “Republican death panel,” alleging last week’s decision “forces Texans to put their lives at risk in the middle of a pandemic.”

The state party is now targeting the four justices who are up for re-election in November.

“Taking out the four Republican Texas Supreme Court justices up for re-election in 2020 is a top-tier priority for the Texas Democratic Party,” said Texas Democratic Party Executive Director Manny Garcia in a prepared statement. “We will make sure every Texan knows who was responsible for putting their health at risk in order to vote.

“Republicans Nathan Hecht, Jane Bland, Jeffrey Boyd and Brett Busby have constantly put blatant partisan and special interests over the needs of everyday Texans. They are endangering the lives of Texans and making our recovery from COVID-19 more difficult.”

The Texas Democratic Party has filed a lawsuit to allow Texas voters the right to claim a lack of immunity to coronavirus as a disability, making them eligible to request a mail ballot.

Republicans, including Texas Attorney General Ken Paxton, are on the other side. They argue possible infection with coronavirus from in-person voting does not qualify as a condition for requesting a mail ballot.

Under existing Texas law, you must be 65 years or older, disabled, out of the county on election day and during early voting or confined in jail to be allowed to vote by mail.